The Texas Rangers Are Interested In… Michael Young? Red Sox, Too; Utley Talking To Amaro 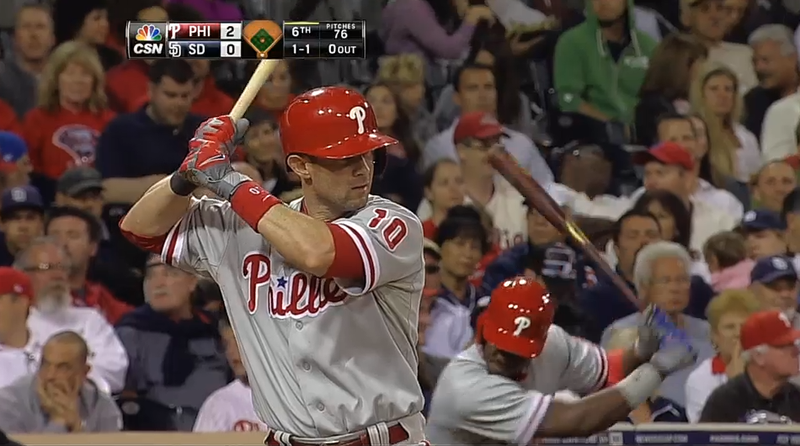 Michael Young's name has come up a lot in recent days, as seemingly an obvious candidate for a trade.  With Phillies General Manager reportedly telling teams Young is not available, it sounds like the team has not even spoken to Young about a trade, reports Ken Rosenthal of Fox Sports.   Rosenthal's report even has an interesting tidbit… Young's old team the Texas Rangers may be interested in his services:

Young, meanwhile, said Friday that he hasn’t spoken with Amaro about the possibility of a trade. That’s significant, because he has a no-trade clause. The Boston Red Sox — who had a scout at the Phillies’ game Friday — would have interest in Young if he’s available.

The Texas Rangers — Young’s former team — have interest, as well, according to Jon Heyman of CBS Sports. Young hasn’t ruled out a return, despite an occasionally contentious relationship with the front office there. (Young still makes his permanent home in the Dallas area.) While emphasizing his loyalty to the Phillies, Young also said, “I want to win.”

Amaro likely would not approach Young until a trade is in place; or, the other team would place a call to Young's agent to see if he would be willing to join their team.  That saves face with the organization.

As for Chase Utley, amid reports that the team may be trying to keep him around, Utley told Rosenthal that he has been talking to to Amaro.

Utley told me Friday that he’s had a lot of conversations recently with Amaro, in which he has made clear how he feels about the city and organization. It’s believed that a contract extension remains possible — but so is a trade, in the event a new deal can’t be reached. Oakland, which could benefit from an offensive upgrade at second base, is one potential suitor.

When asked if he’ll still be wearing a Philadelphia uniform on Aug. 1, Utley said, “We’ll see.”

This sounds less like Utley will be staying that before.  Stay tuned.