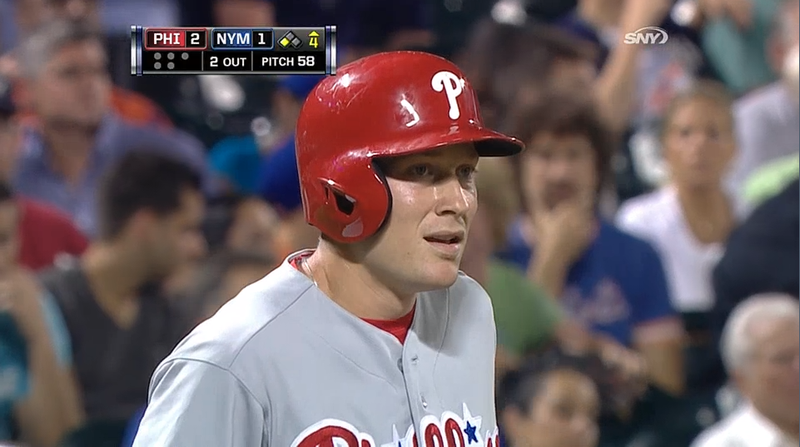 During tonight's game, John McDonald took third base in place of third baseman Cody Asche after he singled in the 7th inning.

“On the ball heading to the gap, he put a little extra into the run and felt a little something,” Ryne Sandberg said. “He’s day-to-day, but it felt a lot better. He felt if he would’ve run to first base and then made an out and came back in and would’ve been able to shake it off and sit, it would’ve been fine. Cramp symptoms.”

"Cramp symptoms" are much better than a pull or tear, but the Phillies will likely be cautious with their promising young third baseman.

Asche has hit in nine straight games to bring his average to .256 after a 1-17 start.