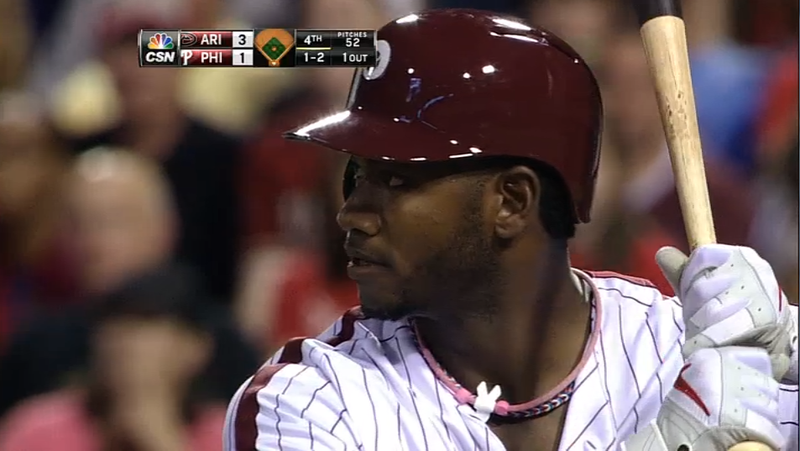 In the latest trade rumor coming from Fox 29 Sports Anchor Howard Eskin, the Phillies could be offering up All Star outfielder Domonic Brown.   Being one of the Phillies most tradable commodities, Brown's name is probably oft-mentioned when Phillies General Manager Ruben Amaro Jr. calls other clubs.

What type of pitching would the Phillies be trying to get back?  My hope is that if they are going to entertain trading Brown that it would be for an ace-type starting pitcher.  David Price, for example, would be someone who would be worth dealing Brown for.

Then the question becomes, who would replace Brown in the outfield?  Well, the Phillies have been linked to free agent outfielder Jacoby Ellsbury in the past.  Ellsbury is young enough that a longer-term deal would not be awful for the Phillies.  Ellsbury getting on base consistently and stealing bases in the leadoff spot would generate much more offense for the Phillies.    With Ellsbury in center, the Phillies could consider a plattoon in left field that included Darin Ruf and Ben Revere, if they don't move Revere in a separate deal.

Yes, these scenarios involve many moving pieces and include a lot of "if"s.  But if the Phillies really hope to improve in 2014, they will need to make these types of moves and not let personal attachment to players stand in the way of how they can get better.   In 1989 after the Phillies aquired Lenny Dykstra and Roger McDowell for Juan Samuel, then-manager Nick Levya said, "You gotta trade good guys to get good guys".   That quote stuck with me to this day.   If the Phillies are going to acquire good guys in trade, they will need to give something up.   That Juan Samuel trade worked, wouldn't you say?