Eagles Flyers Phillies Sixers About Us Write For Us
Things to Watch: Sixers Versus Pacers
Hayes Gets OT Winner as Flyers Sweep Islanders 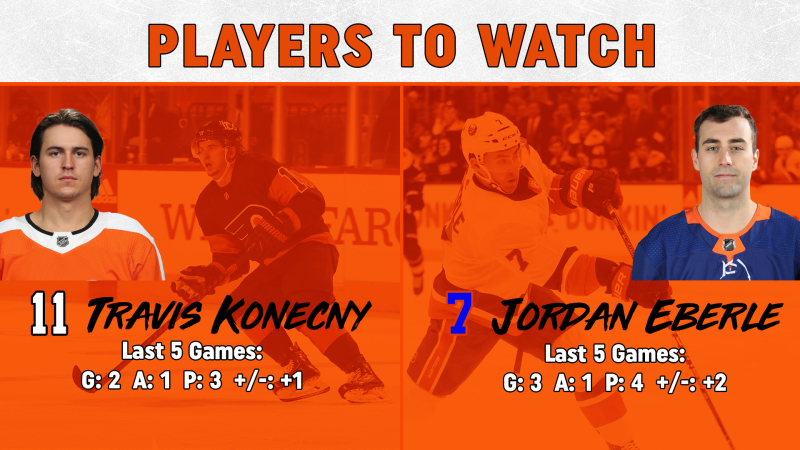 After taking a one-game benching on Saturday, Travis Konecny is back in the lineup on Sunday. You can certainly expect a motivated player who received quite the message early in the season. Konecny should be better and should be looking to drive play at both ends of the ice.
Jordan Eberle had one of the two Islanders goals in Saturday's game and was among the players that was driving play near the end of the game, nearly helping the Islanders grab the win in regulation. He's been on a line with two of the team's top players in Mathew Barzal and Anders Lee, so watch for Eberle to get his share of opportunities with those two on the ice. 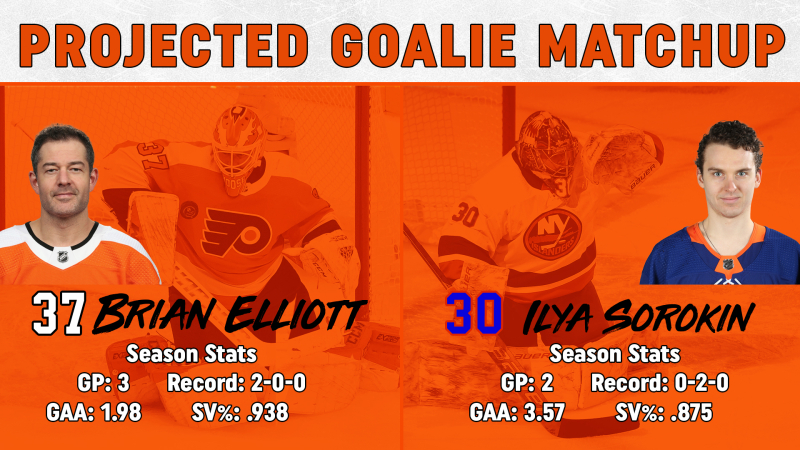 The Flyers have gotten everything expected from Brian Elliott so far this season. The veteran netminder has been steady the entire way this season when called upon, and in a back-to-back against the Islanders, he will get the call here.

The Islanders want to give rookie Ilya Sorokin some work, so he is expected between the pipes for this game. It's been a bit of a struggle for Sorokin adjusting to the NHL game, as he has two losses in his first two appearances, so the Flyers should be looking to throw a lot of shots his way. 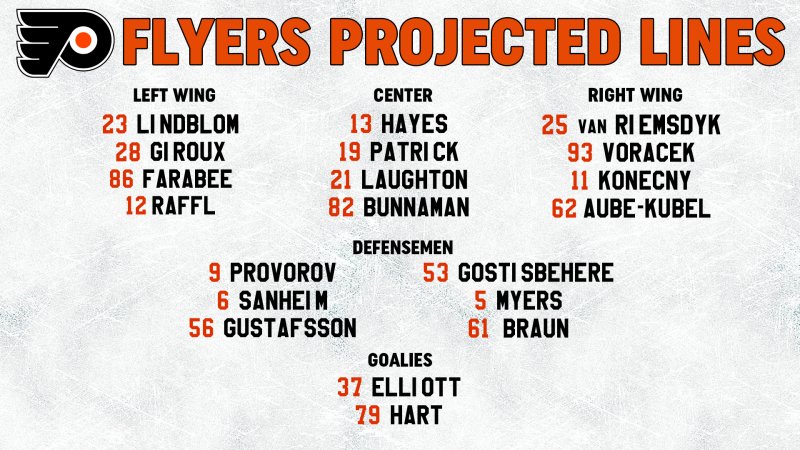 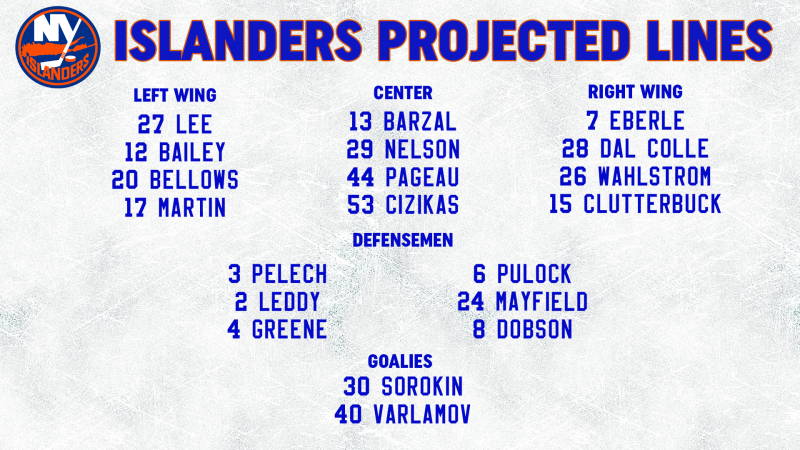