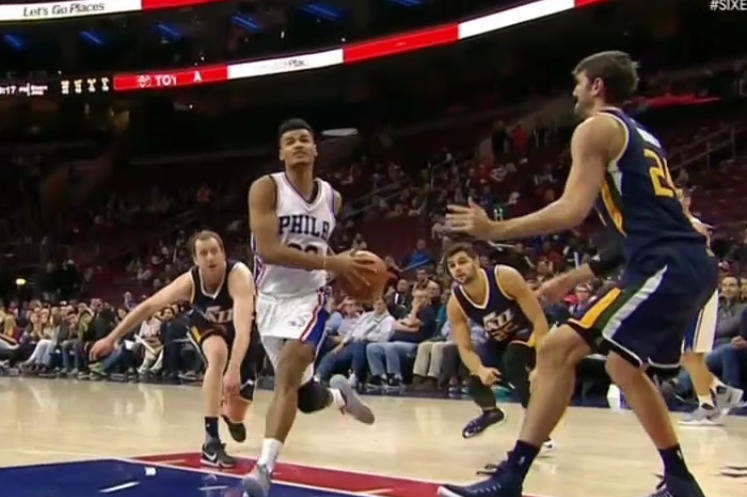 With the 24th overall pick in the 2016 NBA draft, the Philadelphia 76ers selected Timothe Luwawu-Cabarrot out of France. While he played a good chunk of minutes in the Summer League, Luwawu has been used sparingly since the beginning of the regular season. On Tuesday morning, the Sixers assigned him to their D-League affiliate in Delaware.

Luwawu has played in seven games so for this season, shooting 4-for-8 from the floor and 0-for-1 from three point range. He averaged 14.5 points, 4.6 rebounds, and 2.8 assists over 30.1 minutes per game last season for Mega Leks.

Even though Luwawu will be with the 87ers, his contract still counts towards the Sixers' 15-man roster so the team is unlikely to replace him. The same goes for Jerryd Bayless, who was sent to the 87ers on Monday as part of his ongoing rehabilitation program.