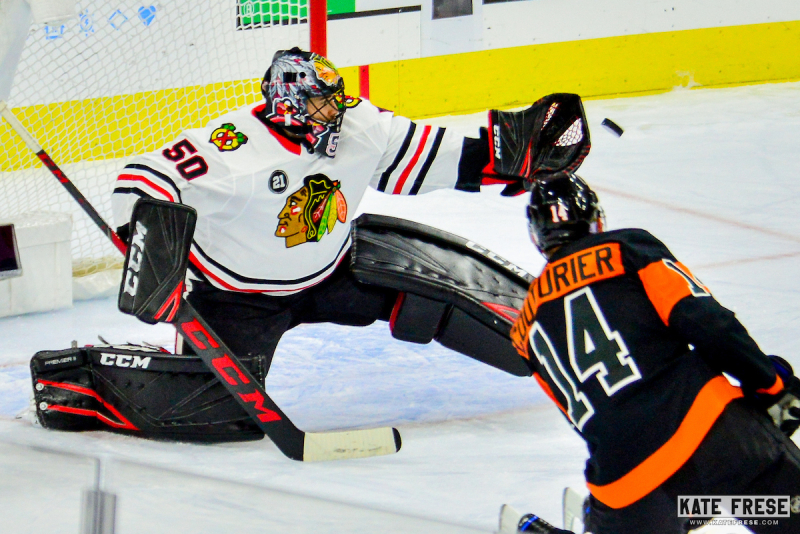 Time is running out on the Flyers with just nine games remaining on the schedule. Tuesday's loss to Montreal was quite possibly the knockout blow to their playoff hopes.

Any hint of what remains of those hopes rests on the next game in front of the team. That comes on Thursday night against the Chicago Blackhawks.

Sean Couturier has two goals in the last two games to reach 30 goals for the second straight season. He's likely going to finish the season as the team's leading goal scorer and has been consistently the Flyers top forward all season.
Patrick Kane is tied for third in the NHL with 41 goals, but has just one in the last five games. Kane is also third in the league in points, helping to lead Chicago's push for the playoffs.

Carter Hart played well despite taking the loss on Tuesday, making 33 saves on 35 shots after his heroics in Pittsburgh. He's back in net for another start on Thursday.

Corey Crawford had four straight wins before an overtime loss to Vancouver in his last start. Crawford allowed one goal or less in each of the four starts with one shutout.

Phil Myers returns from illness. Andrew MacDonald comes out. The rest of the lineup is the same.