Eagles/Sixers Podcast: I Hate It Here 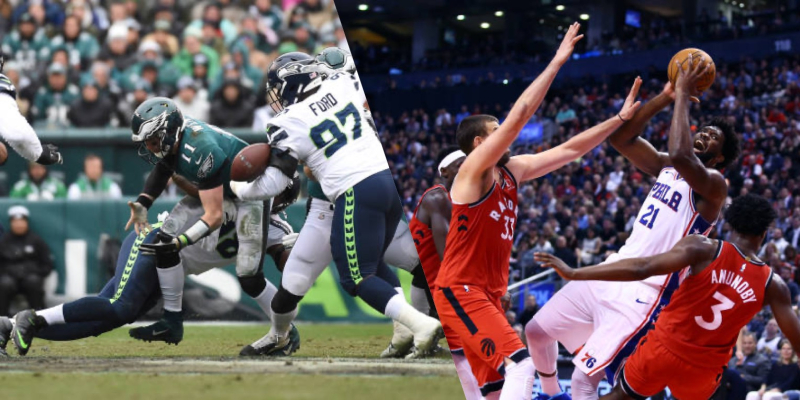 Right after Carson Wentz recorded the worst game we've seen from him in awhile, Joel Embiid did him one better and went scoreless in a game for the first time in his career. How will the Eagles & Sixers rebound with their respective franchise cornerstones? Tune in as Victor Williams & Ryan Rothstein break down the poor performances and give their analysis on the teams moving forward.

Everything about this possession is ridiculous.

- Tobias jacking up a double clutch 3 with 10 seconds left.
- Simmons having no situational awareness and pulling that prayer.
- Siakam dunking it at the end.

Fire me into the sun. pic.twitter.com/gPWP0f4y4I