The Philadelphia Eagles have a ton of holes to fill on the defensive side of the football. Frankly, the 2021-22 defense over-achieved considering the lack of playmakers and Jonathan Gannon’s conservative scheme. Luckily the 2022 NFL. Draft is chock full of defensive talent and plenty of that talent has been on display this week in Mobile.

ICYMI: Offensive Players to Watch at the Reese’s Senior Bowl

Here are the defensive players that Eagles fans should keep an eye on:

DE Jermaine Johnson (Florida State)- After an incredible week in Mobile, Johnson solidified himself as one of the top defensive players in the '22 NFL Draft.  The Eagles are in desperate need of an edge rusher and the 6'5, 260-lbs Florida State product would certainly fit the bill.  Chances of Johnson being on the board when the Eagles pick is slim but he's still a prospect worth watching.

DE/LB Jesse Luketa (Penn State)- Luketa played  a lot of linebacker for the Nittany Lions but has been working as a defensive end during Senior Bowl practice.  According to reports, he's done well transitioning down to end/edge position and has been a force in the defensive run game.

DT Travis Jones (UConn)- Jones has impressed during Senior Bowl week facing an increased level of competition.  He's been a disruptive force from the zero and one techniques.

DT Perrion Winfrey (Oklahoma)- Winfrey reportedly had the best week of any of the interior defensive lineman with most of it coming from the three technique.  The Eagles will need to replace Fletcher Cox in the near future and Winfrey has shown the ability to step into that type of role.

LB Damone Clark (LSU)- Clark, a 2021 Butkus Award Finalist at LSU, had a tremendous week in Mobile and was voted as the top linebacker by his teammates.  At 6'4, 240-lbs, Clark is an athletic freak who can do just about anything from the linebacker position including coverage in the passing game.

LB Troy Anderson ( Montana State)– Anderson played up to his reputation of being a tackling machine while in Mobile and he did it against upper level competition.  He also played well in coverage and has increased his draft stock. The Eagles are in desperate need of a playmaking linebacker so keep an eye on Anderson.

CB Roger McCreary (Auburn)- The 6'0, 195-lbs corner showed off his skills during Senior Bowl practice this week.  He covered well and played with a chip on his shoulder.  One of the knocks on McCreary has been his size but he played well beyond the 6'0, 195-lbs billing.

CB Tariq Woolen (UTSA)- Here's another cornerback that had a tremendous week in Mobile.  Woolen is a bit of a sleeper because he played at UT-San Antonio but he shouldn't be.  He's proven to be one of the top cornerbacks in the upcoming draft.  Keep an eye on his Birds' fans.

S Jalen Pitre (Baylor)- Pitre reportedly had an excellent week in Mobile and was one of the top players in the safety group.  The former Baylor Bear, Pitre was lauded for his ability to close on the ball and disrupt the receivers routes.  He also showed the ability to play as in the box safety against the run game. 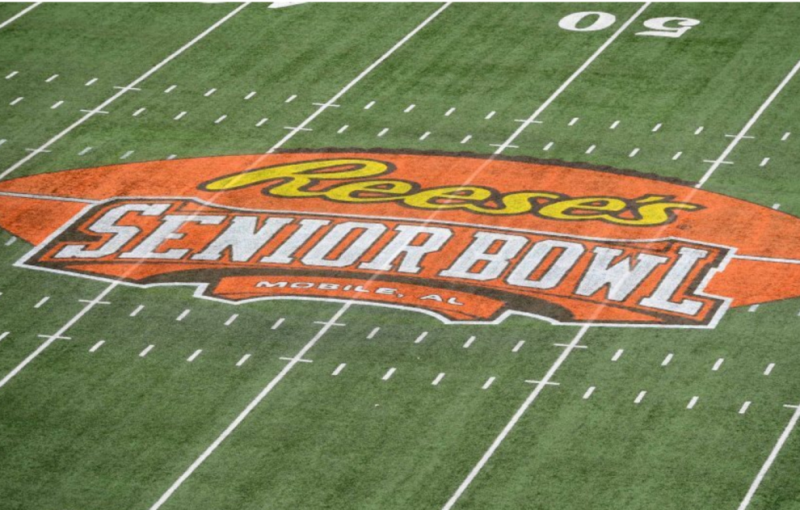