Missanelli Out at 97.5 The Fanatic 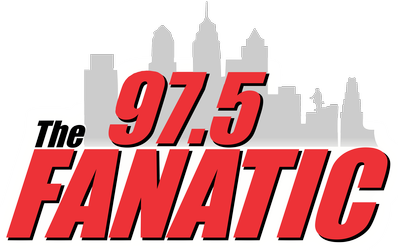 A complete shocker returning from Memorial Day Weekend 2022, Mike Missanelli is out as the host of The Mike Missanelli Show on 97.5 The Fanatic.  Missanelli made the announcement on the air just moments ago.

Missanelli, a fixture on Philadelphia sports radio since the 1990’s, has been the lynchpin of The Fantatic’s programming since for most of its existence.  It was a major coup for WPEN to bring in a “WIP guy” in Missanelli which obviously opened the door for other hosts to jump the dial.  As he mentions, his contract expires in a few weeks and the parent company, Beasley, decided to go in another direction.

Mike Missanelli is OUT at 97.5 The Fanatic! Mike announced just minutes ago that his contract is set to expire in a few weeks. He and the station have agreed to part ways. pic.twitter.com/t6fsgoWLcR

How shocking is this? Shocking considering this move even caught “Radio Wars' ' veteran Kevin Kinkead of Crossing Broad by surprise.  Crossing Broad has been at the forefront of sports radio drama for the past decade or so and they knew nothing concrete of this decision.  As Kinkead points out, Missanelli was on the final leg of his contract which he agreed to extend in Fall 2021.

As Missanelli noted, a new show is already signed, sealed, and will reportedly be delivered by 97.5 The Fanatic in a few weeks.

Let the speculation begin on that one.  Has anyone tracked Josh Innes lately?

Say what you will about Mikey Miss, the guy has been a fixture in Philadelphia sports radio for over nearly 30-years (let's forget about that dumb stint at WMMR).  He probably deserved a bit more of a send off than just coming on and saying "see ya" even though that's more than most people get.  Beasley is taking a gamble here.  Replacing Missanelli won't be easy from a listener/sponsorship standpoint.  The company needs to hit a homerun or it could mean the beginning of the end for Philadelphia's first FM sports radio station.

Mikey Mis is a mainstay in Philadelphia sports. Listening to him on the radio or tuning in to Sportsnet was a highlight of my day. It was as comfortable for my family as hearing the voices of Harry and Richie every day. We are a family in this town; we get angry as a parent does with a child who screws up but we always love that child. Missanelli always brought honesty and empathy to his view. He wasn't just a media employee; he was a Philly sports fan. He lived and died with them the same way all us fans do. And so now we won't see him. Somebody better fix this😡 Mary Boyle, Bensalem

The only sport talk host I listen everyday and as fans we get used to it, you have incompetent people making important decisions . As everywhere in this world that is very big sad problem . When a person such as Mike has the qualifications and experience to do their job well ,,another person can never filled their shoes. That’s the new normal nowadays , incompetence over knowledge and experience . For today being Mike last day at the 97.5 The Fanatic, so will be mines as a loyal listener !No disrespect to Tyrone and Jen!We have free will,,we need to stop people trying push their will on others!! Best of luck Mike in everything you undertake !! May God continue his blessings.🙏🏼

Company decided to go in different direct ...means they didn't want to pay Mike Mis what he is worth. I stopped listening to talk radio years ago. Mike will surely land on his feet. No reason he couldn't have a very successful podcast. I much rather get my sports that way. Good luck and thanks for the memories!!

mike,
You my friend have kept me company for the long journey home from work. Your knowledge of sports and political
Goings on are unmatched. You were able to stir strong emotions about topics which we disagreed on. Even in disagreement, your presentation was thought provoking. You will be missed. I will not be listening to 97.5 any longer. I know they don’t need my loyalty and obviously didn’t respect yours to them. Good luck and god bless.

Can't believe hearing this! Mike always brought a smile to my face. I enjoyed the general knowledge Wednesday show and always looked forward to listening. He is a big Seinfeld fan as I am and he even made a Seinfeld reference on todays show about assman. Also loved his field of 64 on different subjects Seinfeld characters being one of them. In addition to his knowledge of sports he was also entertaining in hus approach to the show and had fun with it. Good luck Mike wherever you land.

The beginning of the end for 97.5. I'm certainly done with them.

I stopped listening to sports talk on the radio ((except for mad dog Russo) but enjoyed Mikey Miss on television screw 97.5

Good riddance Mikey Miss. Your know it all, pompous attitude surely will not be missed. Your endless nonsensical blathering on the Sixers was boring. Your uninformed commentary on the Eagles was laughable. And your dumb Phillies comments always showed how little you know about baseball. But I must give you a nugget of credit, you’re leaving the station without being fired for losing your temper by trying to strangle the general manager. Perhaps there is hope for Philly sports talk radio, now there will be one less idiot on the air.

I really enjoyed Mike on the air.. Mike is/was HIGHLY aware that his job was to be entertaining. I also REALLY appreciate Mike's courage to discuss tough important social issues that I am sure some closed minded folks could not handle. I really hope Mike stays in the mix, he has so much to offer. He could teach ethic's and media... I also so much appreciate Mike on twitter.... Did he piss off too many sponsors by being honest? I love the guys on the other station in the slot, but always thought Mike and his various groups were much better. I think Mike also can brings so much to the table regarding careers and the business of sports. Mike brings so much to the table and I think as I think about it, I probably won't being listening to 97.5 as frequently going forward. Good Luck to all....

It's hard as hell to sustain listenership for sports radio when the only two Philly teams still making the playoffs every year are the one and done Sixers and the Union. Audiences being further fractured by up and coming podcasts. The advertisers aren't pumping in money anymore. Beasley's stock is now pretty Measly these days.