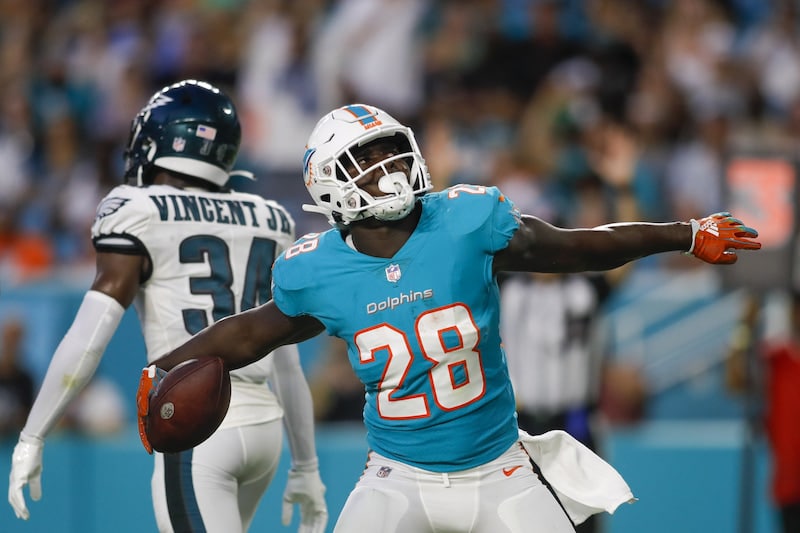 With just three preseason games, this weekend’s match with the Miami Dolphin provided for many the last big stage for them to prove to the coaches and front office why they should stick with the team in 2022.

Unfortunately for Eagles fans, there wasn’t much to be excited about. The Dolphins are in such a shape that they felt their first-team offense (and a lot of their defense) still needed to play. To no surprise, the Birds’ defense, made up not only of backups, but almost entirely of people who have not already locked in a backup roster spot, was burned by Tyreek Hill and the rest of the players who are already NFL starters.

In fact, Miami should be kind of embarrassed that their first team had to settle for a field goal against these guys – and, of course, the Eagles defenders should be more than happy to put some of that tape in their highlights.

On the offensive side, Deon Cain and Kenny Gainwell were likely the most interesting players to watch for a unit that really didn’t get going with Minshew or Sinnett at the helm.

Cain had just 26 yards for the Birds, but with Sinnett playing poorly and the offensive line being bare bones to avoid critical injuries, the offense didn’t really get going against the Miami starters or primary backups. Cain caught pretty much anything that was possible for him to catch against the top defenders and put in another solid performance for the Eagles. With this happening week after week, it will be difficult for the Eagles to decide where to allocate their receiver roster spots in the coming days.

Patrick Johnson got the glory for his sack against the first team, but 2022 sixth-round pick Kyron Johnson seemed to be the player that stood out more against that first-team offense. Kyron made three separate stops from the defensive line against the Dolphins starting offensive linemen and running backs. How the Eagles handle the roster spots with linebackers engaging more in defensive end duties is unclear, but there are only three clear-cut defensive ends (Graham, Sweat, Barnett). Matt Leo will be around on the practice squad, but Tarron Jackson is the only other player listed specifically at the roster at end. Kyron may have just stated his case to serve in the role as a hybrid DE/LB who could serve as a fourth defensive end if the Eagles aren’t sold on Jackson. As a player who made draft boards as a pass-rusher, his play against runners in the open field is a great development.