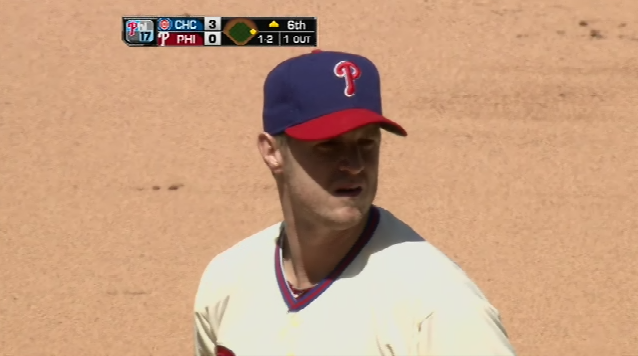 Yesterday was an eventful day for the Phillies:

Tonight, Kyle Kendrick looks to continue the momentum for the Phillies against Jamie Garcia.   The Phillies have won three games in a row, but sit in the basement of the NL East, four games behind the Washington Nationals.  Not much space sits between the last place Phillies and the first place Nationals and three other teams are in between them, so every game is important for the Phils.

Kendrick has been a decent spot starter for the Phillies so far.  Kendrick is coming off of a seven inning, two run performance against the Nationals.

Garcia is 3-2 with a 3.55 ERA in nine starts thus far for the Cardinals.  In five of his starts Garcia has allowed two earned runs or fewer.  The Phillies will have to take advantage of every opportunity to score some runs.

The Phillies lineup is unfortunately with out new cleanup hitter Carlos Ruiz, who gets a day off tonight.  Brian Schneider has not been to shabby either, but the Phillies may miss Chooch's presence in the 4-hole.