Eagles Flyers Phillies Sixers About Us Write For Us
Game 25 Preview: Sixers Look to Continue Streak at Home Against Toronto
Pederson on Wentz's workload: "It's just making him better for the future." 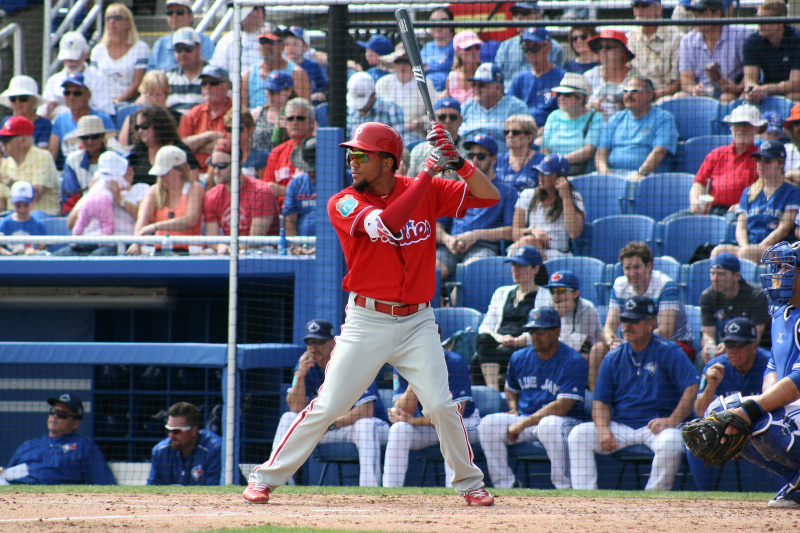 With the Winter Meetings and Rule 5 Draft complete, renown baseball prospect organization Baseball America releases its list of each team's top prospect.   Today was the Phillies' turn.  A couple names have dropped off the list completely, white a familiar face tops the list once again.

Here is a quick rundown of the 2017 Baseball America Top 10 Phillies Prospects list with some comments:

Crawford was thought perhaps to rise to the Major Leagues last season.  After a so-so start at Double-A Reading, Crawford was promoted to Triple-A Lehigh Valley.  Keeping Crawford off of the 40-man roster left room for other prospects to stay.  Despite some struggles in 2016, Crawford remains the top Phillies prospect.

Moniak was the number one overall draft pick by the Phillies in 2016, so one would expect that Moniak would be high on this list.   Moniak probably will remain on this list for some time; being drafted out of high school, Moniak has much to grow.

Alfaro put together a really strong season at Double-A Reading and could be ready for the next step in 2016.  With a September call-up and the lack of a Phillies catcher signing to this point, Alfaro could begin the season in the Major Leagues in tandem with Cameron Rupp.

Williams peaked in July at Triple-A Lehigh Valley, but struggled down the stretch.   The Phillies promoted Double-A Reading manager Dusty Wathan to work with Williams and other prospects.  Williams could arrive in the Major Leagues soon.

Sanchez has only played rookie ball to this point.  An international signing out of the Dominican Republic, many feel that Sanchez has a high ceiling as a starting pitcher.

Hoskins is new to the list, and taking the number six spot means that people around baseball have grown fond of Hoskins.   With 38 home runs and a .281 batting average at Double-A Reading, Hoskins is likely headed to Triple-A to continue his development.

Kilome is a top starting pitching prospect.   Making 23 starts last season for Low-A Lakewood, Kilome pitched to a 5-8 record and 3.85 earned run average.  However, many believe he will be much greater than those numbers.

Quinn had a short stint at the Major League level in 2016 and may get a chance to do so once again.

Kingery could be a quick riser through the Phillies organization.   Having Kingery in the fold allowed for the Phillies to at least listen to Cesar Hernandez trade proposals.  However, the folks at Baseball America think Hernandez could stick around.