Throughout the weekend, players can select a nickname to be shown on the back of their jerseys, as well as wear and use "uniquely colored and designed equipment including bats, spikes, batting gloves, wristbands, compression sleeves and catcher's equipment," according to MLB.com.

The "Evolution" logo, which shows a progression of five players increasing in size to demonstrate the process of a player's path from Little League and youth leagues to Major League Baseball, again will appear on the sleeve patch as well as on the back of each Club's cap and jersey. It will take the place of the standard MLB silhouetted batter. The logo symbolizes solidarity with local youth baseball and softball organizations.

Prior to their June 13 home matchup against the Colorado Rockies — eight weeks and one day ago — the Phillies posted on their Instagram story images of Hoskins designing a New Era cap. According to MLB.com, players will wear "specially designed" Majestic uniforms, New Era caps, and Stance socks. Perhaps Hoskins designed the Phillies' cap for Players' Weekend 2018, given he is one of the event's 10 ambassadors. 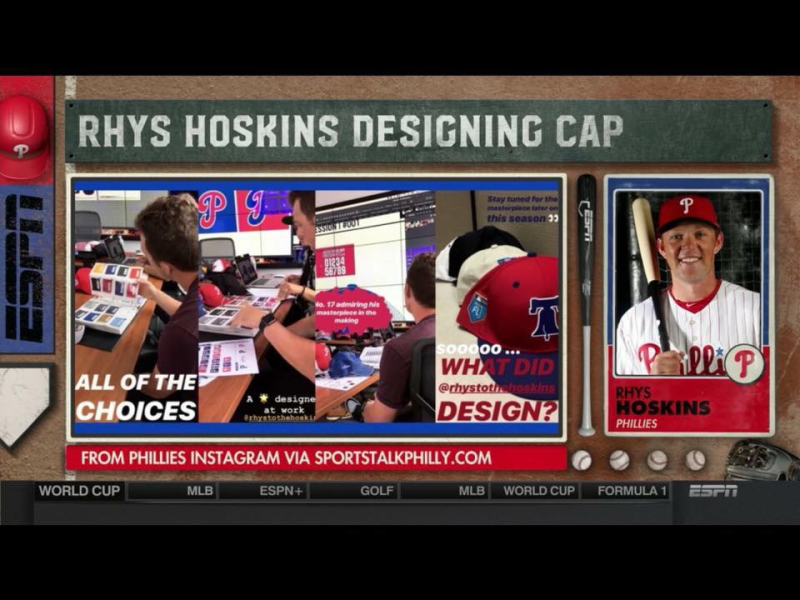 While the special uniform designs will be featured for the three days of Players' Weekend on August 24-26, the Phillies and New York Mets will be the first to show off the designs during the MLB Little League Classic in Williamsport, Pennsylvania, on Sunday, August 19.  The Little League Classic will air on ESPN's "Sunday Night Baseball."

Game-worn Players' Weekend jerseys will be auctioned at MLB.com/auctions, with all proceeds raised to be donated to the MLB-MLBPA Youth Development Foundation.