What to Make of the Middleton Showalter Phone Calls 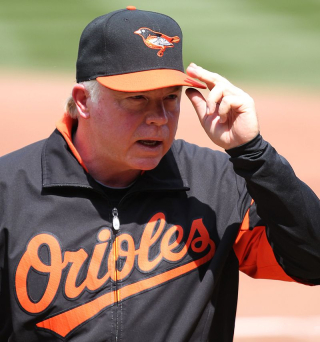 When the Phillies were in their deliberation period about manager Gabe Kapler, the front office position was rather clear.  President Andy MacPhail and Matt Klentak wanted to keep their manager.  However, owner John Middleton wanted something different.  And to make sure he was stepping in to make the right call, he spoke to several players directly.  Of course, Kapler was let go.

Middleton reportedly is back polling players on the next move:

Phillies owner John Middleton said to be polling players on Buck Showalter, which is what he did before letting go Gabe Kapler (though their vote didn’t seem like the deciding factor). Buck has front office links (and likely support) but Girardi/Baker also strong options.

So what should we make of this?

Perhaps Klentak and MacPhail have a preference for Buck Showalter.  There will be a certain level of comfort; MacPhail and Klentak have worked with Showalter before.  Is Middleton making sure that this would be the right call if that is who they choose?

At this point, maybe Middleton is anticipating a favorite candidate of the three after the initial round of interviews.  But there is one clear thing that is clear in all of this: This, like the managerial decision, will be Middleton's call.