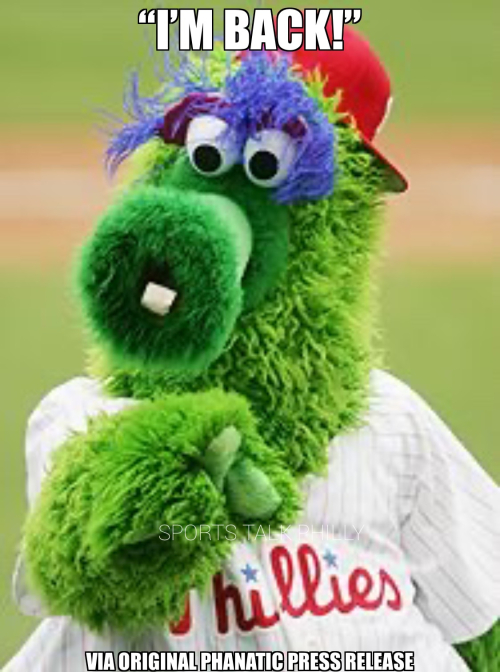 News broke yesterday of a settlement between the Phillies and Harrison-Erickson and immediately rumors began to swirl that Dave Raymond and Tom Burgoyne’s large, furry friend from the Galapagos was going to be back at Citizen Bank Park dumping popcorn on unsuspecting visiting “fans” heads.  But there was no confirmation.  Fans and media have waited anxiously to hear about the future of the Phanatic.

Would we have to wait for a puff of smoke from the chimney of The Bank?  Would our old friend return or would the bobo “Phantic” reign for another year?  How will we ever know?!

We now have our answer via press release from the Galapagos Islands! Read it for yourself: 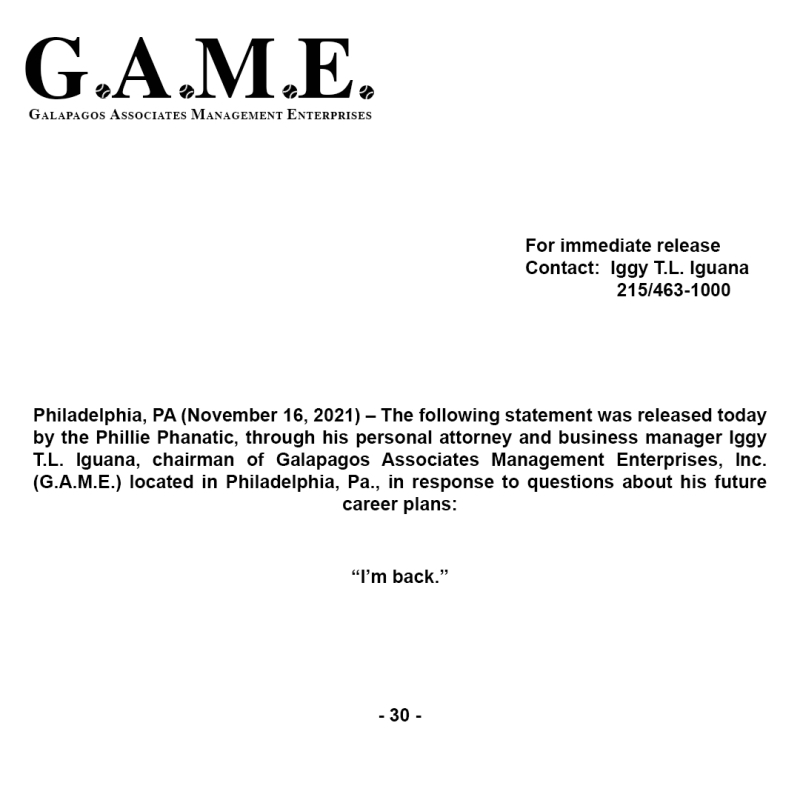 There's your answer! Welcome back to South Philly, Phanatic.

GREAT!.....But who was that semi familiar looking, rare Galapagos, furry imitation we have been associating with all this time? Oh my!