The Temple Owls  once again need a head football coach after firing Rod Carey three-years into a six-year contract.  The college coaching carousel has already begun and it’s been a wild ride so far.  Do the Owls jump into the craziness and find a coach that has recently been booted from a Power Five program, do they find themselves a young and hungry assistant or do they dip back into the past to find a program builder?

Whatever the direction, the Owls will need to find someone with a knowledge of the I-95 corridor and how to recruit to an urban university like Temple.

Here's the first batch of names, yeah this is going to be a multi-part series, that Temple should consider:

Blast from the Past: Al Golden 2.0

Former Owls head coach Al Golden has long been rumored to be a candidate if Temple ever pulled the trigger on Carey.  Would the former Owls coach want to return to North Broad now that Carey is out?   Golden was rumored to be the lead candidate for the UConn job but the job ended up going to Jim Mora Jr.  Did Golden turn down UConn’s overtures because UConn is a dump with the worst fans in sports or did he know that Temple would be a possibility?

Golden’s return to Temple would be comparable to Greg Schiano’s return to Rutgers.  Both coaches built former Big East doormats into respectable, bowl bound programs only to leave for “greener pastures.” Golden led the Owls rebuild from 2006-2010 and was the MAC Coach of the Year in 2009 before leaving for the University of Miami.  He obviously understands how the university works and how to recruit to Temple.  Golden has spent the past six-seasons in the NFL as position coach for Detroit and Cincinnati. 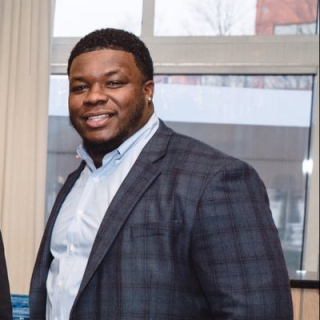 Robinson is currently the defensive line coach at Texas A&M where he is well regarded among the college coaching community.  He has been part of A&M defenses that have consistently been in the top 10 of overall defense.  Robinson continues to heavily recruit the Northeast and is well respected by prospects and high school coaches in the region. 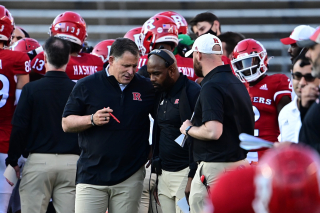 Brown is currently in his second season as the secondary coach at Rutgers.  He is one of the key pieces in the Rutgers recruiting machine that currently has Scarlet Knights slotted as a top 25 recruiting class, fifth in the Big Ten, according to 247Sports.  Like Robinson, Brown was a key piece of Matt Rhule’s coaching staff at Temple and Baylor.  The former Camden High quarterback is beloved by local recruits and coaches.

Both coaches are among the better paid assistant coaches in the Power Five.  Robinson makes $875,000 a year in the tax friendly state of Texas.  Brown will make $700,000 in 2022 for Rutgers.

Blats from the Past II: Ed Foley

Here’s on thing that’s for sure, Ed Foley knows football and he knows Temple University.  The Cherry Hill, NJ native spent 10-years, 2008 to 2018, on North Broad Street in a variety of roles including interim head coach.  Foley coached the Owls in the 2016 Military Bowl, a 34-26 loss to Wake Forest, when Rhule left to take the Baylor job.  He also coached the Owls in the 2018 Independence Bowl, a 56-27 loss to Duke, when Geoff Collins bolted for Georgia Tech.

Foley is 54-years old and hasn’t been a head coach since 2005 when he was at Fordham but that could play into Temple’s favor.  If he ever wanted an opportunity the time might be now.  He's currently a special assistant with Rhule and the Carolina Panthers.

From Princeton, With Love: Bob Surace

Bob Surace is a smart guy.  No seriously, he’s a 1990 graduate of Princeton University and he’s currently the head coach at his alma mater.  He’s 65-45 as the Tigers head coach and has won four Ivy League Championships.  Princeton hasn’t had a sub-.500 record since 2011 when they went 1-9 in Surace’s second year.  In fact, if you include Surace’s head coaching record at Division III Western Connecticut, his teams have only played sub-.500 football twice, 2010 and 2011.  He’s a four-time Eddie Robinson Coach of the Year finalist and a two-time Ivy League Coach of the Year winner.

More importantly for Temple, Surace knows the market.  A Harrisburg, PA native, he graduated from Millville (NJ) High School where he’s part of the family legacy that stretched down from his father.  Outside of a stint with the CFL’s Shreveport Pirates, he has spent his entire career in the Northeast.

The question is would he even entertain a move to Temple?  Surace was rumored in some circles to be a candidate for the Rutgers job in 2019.  But he's 53-years old and he's got a sweet gig at Princeton.  Would Temple be able to entice him?

Dan Mullen will go down as one of the more disappointing coaches in University of Florida history and he won 34-games, a division championship, a Peach Bowl, an Orange Bowl, and a SEC Coach of the Year award! He’s a native of Drexel Hill, PA and a graduate of Ursinus College.  Mullen has a 103-61 record, 7-3 in bowl games, as a head coach at Mississippi State and Florida.  He is credited with coaching notable NFL player such as Alex Smith, Tim Tebow, and Dak Prescott.

Mullen had recently signed an extension at Florida that paid him $7.6 million annually.  Temple obviously doesn’t have that kind of money but he’s on the market.

Has anyone considered what a name like Deon Sanders could do for Temple. He would bring many of his players with him and his recruiting in the Northeast would be top notch. Not only that, but he could recruit the entire country. The publicity Temple would get from him being its coach would be priceless too. He took a program like Jackson State and made them a winner right away and I'm sure he could do the same for Temple.

Joe Moorhead anyone? Not even a Temple fan, but I feel like he checks all of the boxes outlined here from his time at Fordham and Penn State. I think Temple is a better job than Akron.

Only reason I didn't include Joe Moorhead was because of the Akron rumors. He would be a good fit for Temple.

Bob Chesney, Holy Cross head coach, should be someone we are looking at. PA roots, has made his way up the coaching ranks turning programs around and continues to win doing so. He seems to do a good job recruiting NJ, NY, PA, MD as well. He’s be a steal for us.

Need to look at Jeff Nixon from Carolina Panthers. From Matt Rhule coaching three. Nixon from PA and played at Penn State. Coached 1 season at Temple before joining the Eagles. Was RB coach for the Dolphins and 49ers. Co-Offensive Coordinator at Baylor with Rhule. Would be a perfect fit for the Owls......