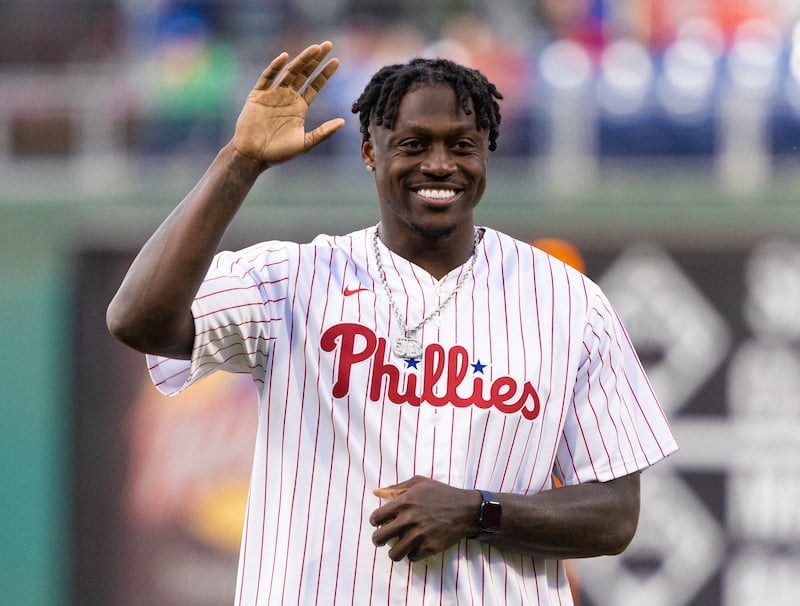 If someone a year ago told you that the Eagles would be undefeated and the Phillies would make the World Series at the same time, how would you have reacted?

Fast forward a year, and that’s exactly what happened. Not only has this happened, but both teams will have played the same team name (Cardinals) and same city (Houston) throughout the simultaneous NFL regular season and MLB postseason.

This is not the first time a city had a football team go undefeated in the season with their baseball team in the World Series in the Super Bowl era. Here’s a short breakdown of how those teams and seasons played (just in case you want to plan for either potential championship parade.)

The Los Angeles Rams went undefeated (7-0) before sharing the glory with the Los Angeles Dodgers. However, it was a short-lived dream for the Dodgers because the team lost in the World Series, 4-1, to the Boston Red Sox. Weirdly enough, the Rams made the Super Bowl and lost to the Patriots, 13-3, which meant that both LA teams lost to both Boston/New England teams.

The New England Patriots (7-0) shared the spotlight early in the season with the Boston Red Sox who made the World Series again. The Red Sox ended up winning the World Series 4-0 over the Colorado Rockies. That city fun did not translate over when the Giants beat the Patriots in the Super Bowl that season, 17-14.

The New England Patriots started the season 5-0 before joining forces in being dominant teams in the sports world early in the fall. What’s ironic about this season is that the Patriots beat the Philadelphia Eagles who went 7-0 to start the season for the first time. Now, the Eagles are in the position the 2004 Boston teams were in. To bring a little hope to Philly fans, the Patriots did win in that Super Bowl, 24-21. The Red Sox also won the World Series, 4-0, over the St. Louis Cardinals.

The Los Angeles Rams were 6-0 when the Dodgers made the World Series. It was not the year for either team, even with the short-lived excitement. The Rams lost in the NFC Championship to the Dallas Cowboys, 28-0. The Dodgers lost, 4-2, to the New York Yankees.

Cincinnati had a few months of fun with the Bengals going 3-0 with the Reds making the World Series. The Cincinnati Reds went on to beat the Red Sox, 4-3. However, that excitement for the city was only temporary when the Bengals lost to the Oakland Raiders in the Divisional Round of the playoffs, 31-28.

The Philadelphia Eagles and Phillies have the opportunity to take both championships much like the 2004 Boston teams. Game 3 of the World Series resumes at Citizens Bank Park on Monday, October 31. The Philadelphia Eagles have a short week as they take on the other Houston team on Thursday Night Football, November 4.