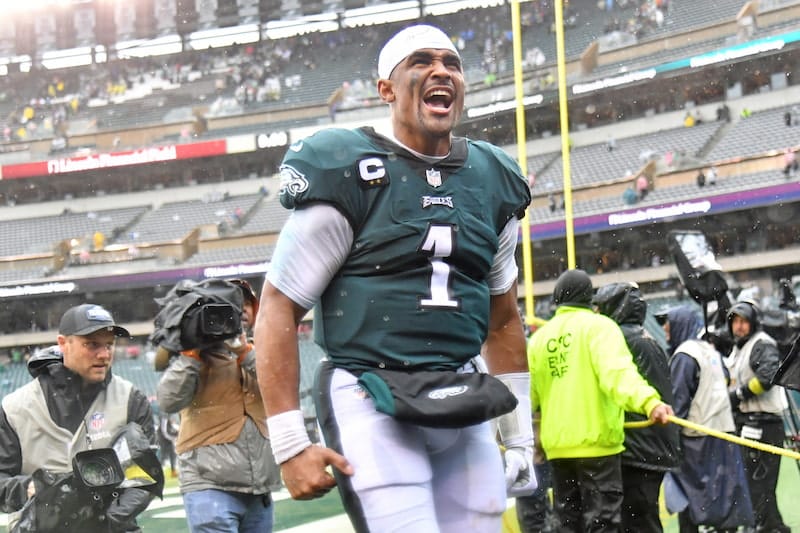 The Philadelphia Eagles (4-0) “Ex Revenge Tour” continues. This weekend, they face the Arizona Cardinals (2-2) and say hi once again to former Eagles tight end, Zach Ertz. As the Eagles look to remain undefeated, both teams come in today with hopes for a win amidst the injuries. The Eagles sit solely atop the NFC East, followed by the New York Giants (4-1) victory in London over the Green Bay Packers. The Dallas Cowboys (3-1) are in third and the Washington Commanders (1-3) are in last.

2020: The Philadelphia Eagles (4-9-1) looked like a completely different team than they do now. Kyler Murray threw a career-high 406 yards and DeAndre Hopkins had nine receptions for 169 yards and one touchdown. Jalen Hurts was 24-for-44 for 338 yards and three touchdowns.

On top of the injuries, the Cardinals will still be without star wide receiver, Hopkins. The Eagles will be without a few key pieces as they’re on the road this week. The Cardinals badly need a win to improve to a winning record, but the team has been shaky so far this season. The Eagles don’t badly need a win, but it’ll help them as they face the Cowboys before the bye week.

Jake Elliott (right ankle) is out for Sunday’s game.

Patrick Johnson (concussion) is out for Sunday’s game.

Avonte Maddox (ankle) is out for Sunday’s game.

Max Garcia (toe) is out for Sunday’s game.

Rashard Lawrence (hand) is out for Sunday’s game.

Matt Prater (right hip) is out for Sunday’s game.

Nick Vigil (hamstring) is out for Sunday’s game.

The Eagles are the stronger team coming into today’s game. The Cardinals started 2-2 and are missing Hopkins, so it’s really up to the Eagles to not play sloppy and continue what they have been doing. If they can get at Kyler Murray, that will be a huge help to the team as well. Aggressive football is going to be so important for the team to succeed today. The Eagles have a strong team with very few people out, it feels very likely the Eagles will fill those holes and execute today at the same level they’ve been playing.

Get at the weapons, run around the defense. That’s two major blows to the Eagles’ team. It’s a momentum killer for the Eagles if you can get at A.J. Brown or Devonta Smith and force Jalen Hurts to scramble. The Cardinals are more than capable of blocking the stars on the Eagles’ offense and getting at Hurts to create turnovers. They might also need those turnovers since an Eagles backup kicker will be starting in place of Elliott. Defensively, the Cardinals are going to have to run around and pass right through the Eagles defense. Last week against the Jaguars, there were holes in the defense. If the Cardinals can expose those holes again, that can help them win.

I think the Eagles still end up the better (and less injured) team which makes me believe they’ll walk away with a win.