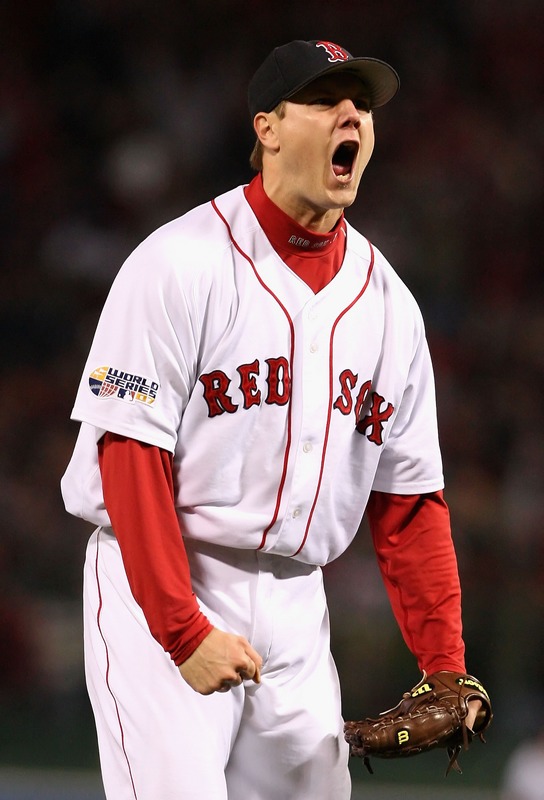 According to multiple sources, the Phillies have agreed to a contract with former Red Sox closer Jonathan Papelbon. The details are said to be for four guaranteed years and worth $50 million. There is apparently also a fifth year vesting option as well.

Long time fans will be sad that this marks the end of the Ryan Madson era, as we watched him rise through the Phillies minor league system and become an elite closer in 2011. When it all came down to resigning him, however, the two sides could not meet. It isn't hard to see why, as Madson's agent is the always pleasant Scott Boras.

I think signing Papelbon is a good move for the Phils. Although I would have favored keeping Madson around, the Phillies now have one of the elite, reliable closers in the game who can shut the door on Roy Halladay, Cole Hamels, and Cliff Lee victories.

Fans will probably hate the move at first, since we don't exactly get along with the Red Sox. As I pointed out and have noticed others say on Twitter, he has a very annoying and punch-able face. That being said, he's ours now.

Once he hits the field and starts closing games for us, I'm sure fans will become big supporters of Papelbon and his personality. Time will tell whether I'm right or wrong.