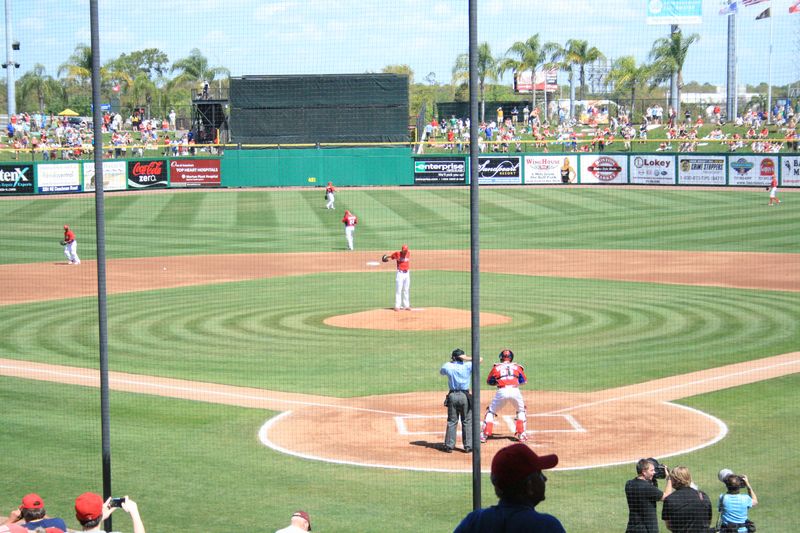 The cable trucks in Clearwater already bear the new name and logo:

As of January 9, the stadium still bears the Bright House name, but presumably the signage will be changed before Spring Training opens.  Pitchers and catchers report to Clearwater on February 13.