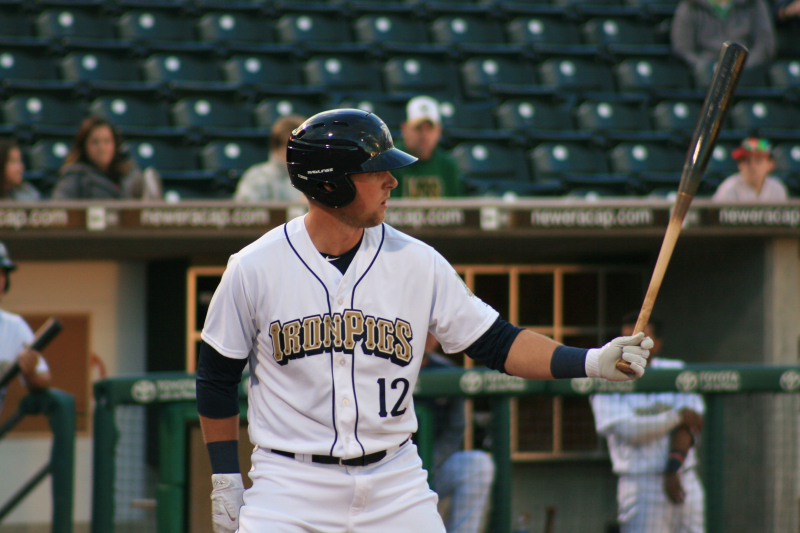 Every February, Baseball America releases their Top 100 prospects and this season, the Phillies had four players on the list. Baseball America just revealed an updated list as of May 11 and now they have five, as Rhys Hoskins has put himself in the picture with the best prospects in baseball.

Hoskins, 24, is hitting .327 in Triple-A with seven doubles, eight homers, 21 RBIs, 20 runs scored, 14 walks and 21 strikeouts. His eight long balls are good for a three-way tie atop the International League while his .617 slugging-percentage leads the league.

Crawford, 22, is having a tough go at it during his first full season with Triple-A Lehigh Valley, slashing .162/.290/.190 with a double, triple, seven RBIs, 11 runs scored, 19 walks and 25 strikeouts. He's been hitting better over the last 10 games, raising his average from .145 to .162, while also striking out less times (4) than base on balls (8). While there seemed like a strong chance Crawford could have reached the majors in 2017, barring a long-term injury to Freddy Galvis, he'll spend the entirety of 2017 with the Ironpigs. He's still just 22, one of the youngest Triple-A players, and needs more time to show he can hit Triple-A pitching before he makes the jump to Philadelphia.

Moniak, 18, is in his second professional season with the Phillies organization, this year with Class 'A' Lakewood. Through 30 games, he's slashing a respectable .281/.331/.360 with seven doubles, a triple, 15 RBIs, 14 runs scored, eight walks, 29 strikeouts and four steals. Moniak has been struggling hitting southpaws this season with a ..139 average in 36 at-bats compared to his .346 average in 76 at-bats against righties. If Moniak stays around .280-.290 all season, there might be a chance he gets to Clearwater by the end of the year, but at only 18, the Phillies won't rush his ascension through the system this early.

Alfaro, 23, is off to hot start in 2017, slashing .320/.352/.480 with three doubles, two triples, three homers, 14 RBIs, 12 runs scored, two walks and 31 strikeouts. With Alfaro out of options, there's a very good chance he doesn't see a promotion until September unless Cameron Rupp suffers a big injury, and even then, they may avoid calling him up unless there's every day playing time for the backstop. 2018 may be the year we see Alfaro get primary catching reps for the Phillies, and it should be. His arm behind the plate has a ton a power and accuracy and he's starting to show a lot more offensive upside after, building upon a .285 2016 campaign in Double-A.

Sanchez, 18, is part of a Lakewood pitching staff that leads the South Atlantic League with a 2.71 ERA. After posting a 0.50 ERA in the GCL in 11 starts last season, Sanchez is still feeling it out at the Low-A level though, going 1-2 with a 3.70 ERA in 24.1 innings, striking out 28 and walking three while also sporting a 0.90 WHIP.

For a complete look at the updated Baseball America Top 100 Prospects, click here.