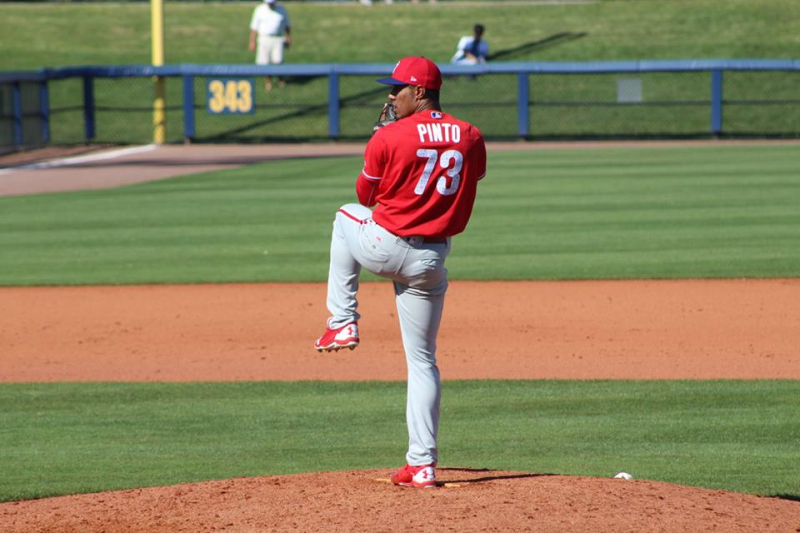 To fill his spot on the 25-man roster, RHP Ricardo Pinto has been recalled from Lehigh Valley (AAA).

Pinto, 23, is ranked as the Phillies 16th best prospect by MLB Pipeline. After posting a 2.97 ERA between Lakewood and Clearwater in 2015, he's had some trouble finding that success at the upper levels. In 2016, he went 7-6 with a 4.10 ERA with Double-A Reading and this season with Lehigh Valley, he's 3-3 with a 5.53 ERA. Pinto was recently converted to the bullpen, where he'll be for the Phillies for now, and he's tossed 2.1 scoreless innings, allowing two hits and striking out two.

Pinto's stay in Philadelphia could just be filling a temporary spot, since they'll need to replace Zach Eflin and Vince Velasquez in the rotation. As it looks now, Nick Pivetta and Ben Lively will fill those spots and get a chance to prove they are Major League ready after successes in the minors this season.