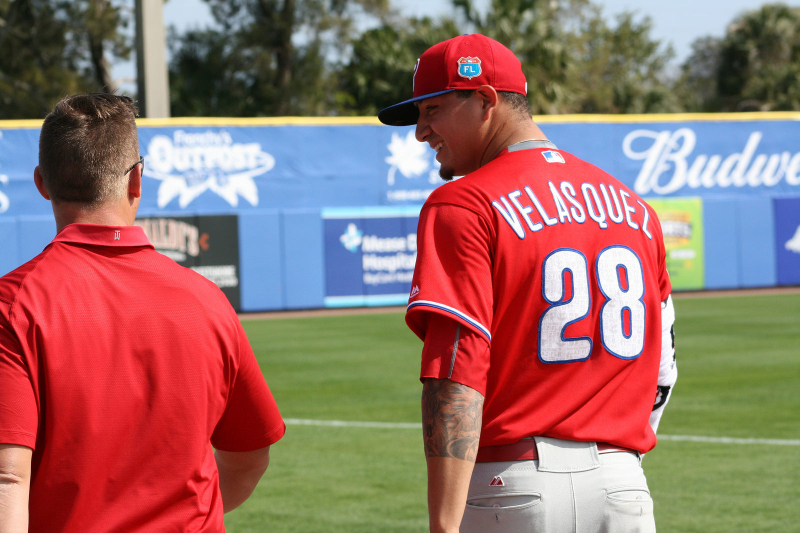 The Phillies have seemed to have one injury after another in the areas they need the most help.   The Phillies have been without two of their starters in recent days, as Vince Velasquez and Jerad Eickhoff have taken up residency on the 10-day disabled list.   Both may be close to pitching in the Phillies starting rotation once again.

Tom Housenick of the Allentown Morning Call reports that the Phillies pitcher is making progress and is getting ready to pitch in game action:

Meanwhile, the Phillies may be close to getting another pitcher ready to return.

Eickhoff was considered a possibility to pitch yesterday's game in Seattle, but the Phillies decided to give Mark Leiter Jr. another opportunity.

Todd Zolecki of MLB.com reports that the Phillies are simply being cautious with Eickhoff:

Eickhoff said the Phillies want to give his back a little more time to heal. Essentially, there is no reason to rush him back if it could jeopardize his ability to finish the season healthy.

Phillies manager Pete Mackanin said Eickhoff could make a rehab start, or he could remain with the team and just throw an extended bullpen session before he rejoins the rotation.

The move could bump Leiter and Nick Pivetta out of the starting rotation.  Ben Lively was a recent addition, but has pitched well.

Velasquez suffered a flexor strain in his pitching elbow and hit the disabled list on May 31.  Eickhoff landed on the disabled list with an upper back strain on June 22, but backdated the stay to his previous start on June 17.  Neither injury was considered too serious.