Eagles Flyers Phillies Sixers About Us Write For Us
Phillies Claim Yet Another Reliever
The Good, the Bad and the Ugly from Week 1

Attendance at Citizens Bank Park for Philadelphia Phillies games certainly isn't what it was at the beginning of this decade. But when you consider that the Phillies are on-pace to land the No. 1 pick for the second time in three years, things actually aren't that bad.

According to ESPN, the Phillies currently rank 23rd in attendance, averaging 25,116 fans per game. As Jerry Crasnick noted, that is actually better than the Cleveland Indians, who are the defending American League Champions and have a .608 winning percentage: 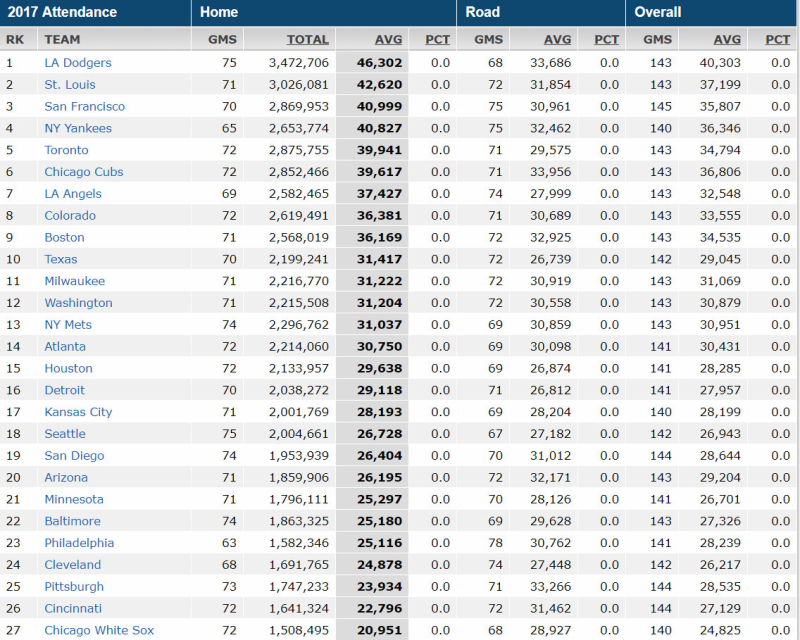 A few things are actually fairly noteworthy about the Phillies coming in at No. 23. First of all, it's a spot higher than they ranked in 2016, and two spots better than they were in 2015. Secondly, for a team that had a 6-22 month of May and is probably going to lose over 100 games, being No. 23 on the attendance list is pretty impressive. Finally, this probably shouldn't be shocking when you consider the reputation of their fan base, but the Phillies rank five spots higher than the Miami Marlins, who were briefly in the Wild Card race and have had a historic season from Giancarlo Stanton.

The Phillies will have less than two million fans attend Citizens Bank Park this year, as compared to 2011 when 3,680,718 fans attended Citizens Bank Park. While that is a little depressing, you get the sense that the Phillies, with a young core led by Rhys Hoskins and Aaron Nola, could climb up this list rather quickly over the next few seasons.