Eagles Flyers Phillies Sixers About Us Write For Us
Flyers Open Season in Vegas, Home Opener Against Sharks
Around the NBA: Kawhi meets with Spurs, Howard dealt to Nets

The Phillies appear to have phased out their red alternate jerseys 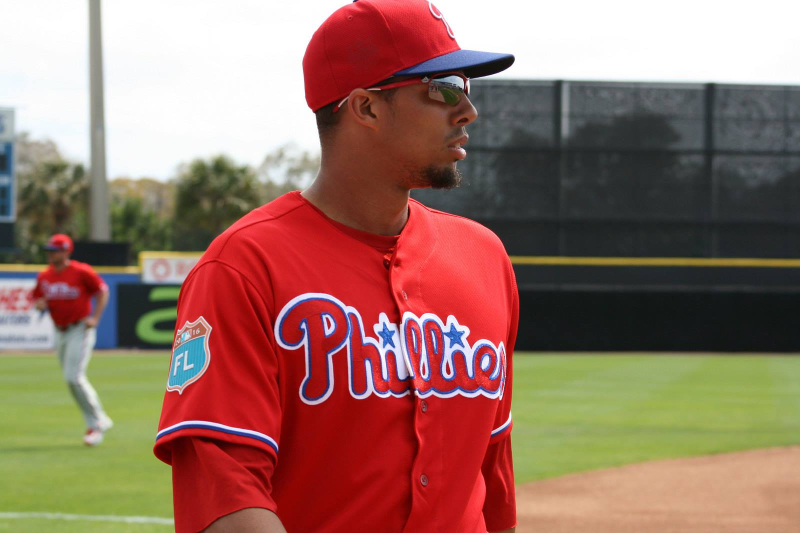 The Philadelphia Phillies are donning their cream alternate jerseys in Wednesday's series finale against the St. Louis Cardinals. Why is that relevant? It gives the indication that the Phillies will no longer wear their red alternate jerseys during the regular season.

For the past two seasons, the Phillies have worn red alternate jerseys during weekday day games played at Citizens Bank Park. The ever-popular cream alternates had been relegated to just weekend day game jerseys.

The red alternate jerseys, while not as maligned as the infamous "Saturday Night Special" alternates worn in 1979, weren't particularity well received. The team's Powder Blue throwbacks have long been viewed as one of baseball's more aesthetically pleasing throwbacks, so the Phillies have brought the Powder Blue throwbacks back as part of their "Throwback Thursday" promotion in 2018.

Wednesday is the first time that the Phillies have hosted a weekday home game that wasn't on a Thursday in 2018. All the team's previous weekday home games had been on Thursdays, meaning the Powder Blue jerseys were worn. If the Phillies were still planning on wearing their red alternate jerseys during the regular season, they presumably would have elected to do so for Wednesday's game, a Business Person's Special.

The red alternates also have doubled as the team's Spring Training jerseys for both home and away games. The jerseys were still worn this spring, which is perhaps the only time they'll be used going forward.