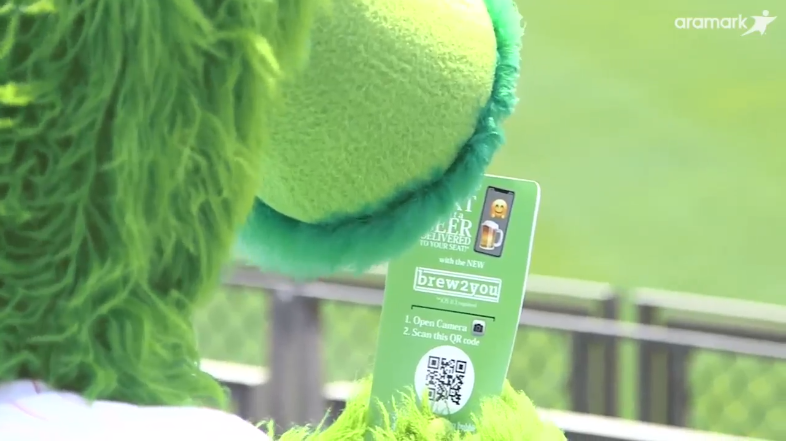 It's no secret that the smartphone has eased countless aspects of life, including accessibility to infinite amounts of information, and having a mobile phone, camera and notepad all in one.

Smartphones will even make the process of purchasing an adult beverage at Philadelphia Phillies home games easier, through the club and Aramark's joint Friday launch of the 10-game pilot program, "Brew2You," according to iMore.com.

"Brew2You" takes advantage of Apple's iOS 11.3's "Business Chat," allowing iPhone users to securely interact with businesses. Fans sitting in sections 142, 143, 144 and 145 can scan a QR code on their seat back to launch Business Chat and order beer or water. An Aramark worker will then deliver the beverage to the fan's seat. Purchases are made through Apple Pay.

6abc.com outlines the steps of how fans can partake in the pilot program:

1. Open the iPhone Camera app
2. Scan the QR code on the seat back
3. Follow the prompts on the Messages text screen to place order
4. Complete transaction with Apple Pay
5. Enjoy the game while order is delivered to seat location

“We look forward to joining Aramark in testing this mobile delivery service, an innovative use of Apple Business Chat that further enhances the food and beverage experience at Citizens Bank Park,” said David Buck, Phillies Executive Vice President. “With this new pilot program, food ordering and delivery is as easy as a text message, and we are excited to be the first sports facility in the country to try out this new technology.”

The pilot program will debut Friday in the Phillies' second-half opener against the San Diego Padres. It will last throughout the current homestand against the Padres and Los Angeles Dodgers, July 20-25, before concluding at the end of Phillies Alumni Weekend, August 2-5, against the Miami Marlins.