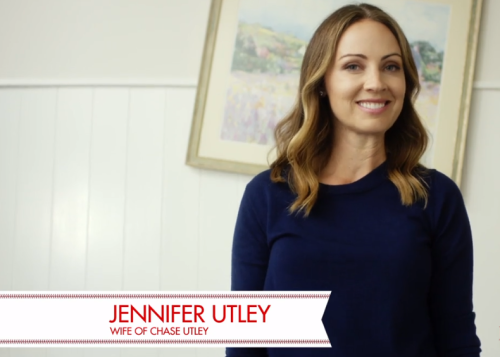 Everyone could use a little help, even former Philadelphia Phillies second baseman Chase Utley, as he looks to return to the postseason for a chance at another World Series championship one last time before his retirement following the season.

On Wednesday, Utley's wife, Jennifer, took to Instagram and called upon the Phillies for a little help to Utley and his Los Angeles Dodgers in the divisional and Wild Card standings.

Dear @phillies,
Since you are no longer in the postseason race can you please throw @chaseutley a bone and beat the Rockies so he can go to postseason one last time? Much appreciated xx Jen Utley #phillies#dodgers

Unfortunately for the Utleys and the Dodgers, the Phillies have been little to no help in answering such wishes. The Phillies have lost seven straight games, and each of their first three games of their current series against the Rockies — 10-1, 10-3 and 14-0. According to NBC Sports Philadelphia's Reuben Frank, the club has allowed 10 or more runs to the same team in three straight games for the first time since 1933.

Entering Thursday — on the fourth-to-last day of the regular season — the Dodgers trail the Colorado Rockies by a 1/2 game in the National League West division, but hold a one-game lead over the St. Louis Cardinals for the second National League Wild Card spot.

The Phillies and Rockies are among eight games to be played on Thursday leading up to the final regular season series this weekend. The Rockies will welcome the Washington Nationals to Coors Field, while the Cardinals will head to Wrigley Field to oppose the Chicago Cubs, and the Dodgers to AT&T Park to take on the San Francisco Giants.

Utley ending his 16-year career with a second World Series championship would be great for himself, as well as Phillies fans who have followed his career ever so closely since his first career hit, a grand slam in April 2003. 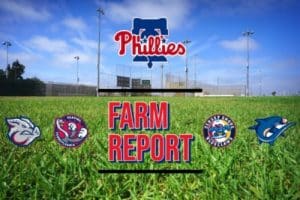