Eagles Flyers Phillies Sixers About Us Write For Us
Report: Phillies Seeking to Add Two Starters, Then Keep Eye on Cole
Most Marvelous Mustaches in Flyers History

Gabe Kapler is Named Manager of the San Francisco Giants 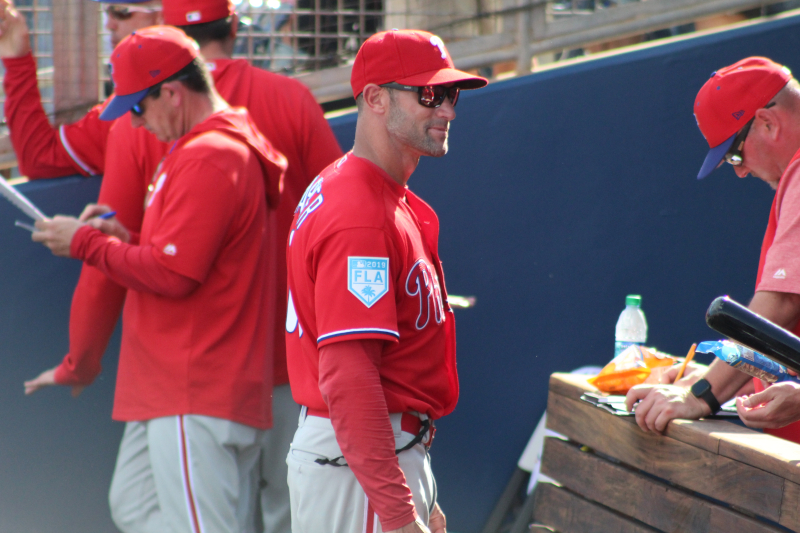 The Phillies hired Gabe Kapler to be their manager on Halloween two years ago.  Both seasons the Phillies started out strong but faded down the stretch, and the Phillies decided to replace Kapler at the helm on October 10.  One month and two days later, Kapler has a new job.

Kapler was reportedly a finalist for the position alongside Joe Espada, bench coach for the Houston Astros, and Matt Quatraro, bench coach of the Tampa Bay Rays.  Shortly after Slusser's report that an announcement was imminent, word came that Espada did not get the job from Jon Heyman of MLB Network.

Kapler has a strong relationship with Giants president of baseball operations Farhan Zaidi, dating back to the time both spent in the Los Angeles Dodgers organization.  The move comes after new general manager Scott Harris was named.  Harris came from the Chicago Cubs organization that had just interviewed both Kapler and Espada for the managerial vacancy there.

In San Francisco, Kapler replaces Bruce Bochy.  Bochy won three World Series titles with the Giants: 2010, 2012, and 2014.  Bochy is likely headed for the Hall of Fame.