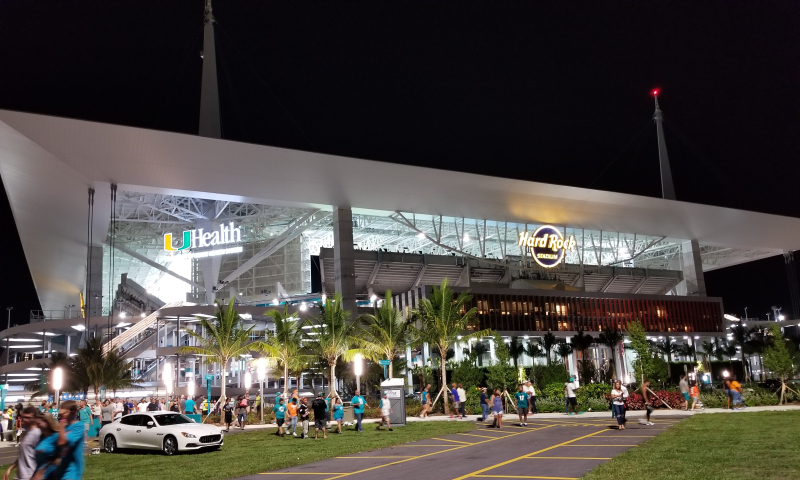 Remember when the Eagles defense was playing lights out? When they held Super Bowl contenders to under 20 points? Not this week.

This week, the Eagles scored enough points that the only teams to score more than they did on the Dolphins this season were the Ravens, Patriots and Bills.

The only team to give up more points than the Eagles is no one. They had literally the worst defensive performance against the Dolphins and perhaps in the league.

No longer is just the offense embarrassed, everyone on this team should be embarrassed. They have all failed this city at some point since the bye week.

17 rushes for 83 yards. Five catches for 22 yards and a touchdown. Sanders was clearly a steal in the second-round of the draft and a big piece of the Eagles moving forward as he continues to grow each week.

Mills has been nothing short of dominant, but had a terrible game on Sunday. All cornerbacks do, so there isn't any reason the Eagles shouldn't extend him. The penalties on him were occasionally his fault, but with calls like the overturned PI where the receiver falls into him with an uncatchable ball, the uncalled OPI on the touchdown pass, the uncalled OPI on his potential interception in the end zone, there were plenty that had to do with officiating that was not being called evenly on both teams. While Mills was still terrible, there is plenty of reason to believe he can turn it around again sooner rather than later.

Jeffery was making all sorts of catches, totaling nine for 137 yards and a touchdown. He also would have had plenty more yards had Wentz not overthrown him on a pair of deep routes that he managed to get open on. Had he done this any other week this season, the Eagles record would be far better than 5-7. Instead he has made himself a non-factor essentially every week after week one until now. If he can keep it up, the Eagles will be in much better shape going forward, whether that means he helps the team into the playoffs, is good for the team in 2020 or he ups his return in a potential trade.

Darby is fast, but he again showed why he is a corner instead of a receiver this week. Multiple times he had good coverage on his man, but instead of knocking the ball down, he would shove his hand in the air, fail to contact the football and then fall over. His interception should have been the start of a blow out, but it was his getting beat and failing to get his hand in the way on a play where he could have that opened the floodgates of Fitzmagic.

28 of 46 isn't great, but considering that I can think of three incompletions that are on Ertz, one on JJAW and another that was better off as an incompletion, that isn't too bad. 310 yards and three touchdowns is also good. Now, this doesn't mean Wentz was great, as he still missed multiple open receivers with overthrows and failed to even target receivers open deep, but he was much improved over the past two games, so his stock is up. Eagles fans can hope that it is the first step to becoming an MVP-level player once again.

Bradham missed multiple tackles in this one that would have been, at most, a two-yard gain and instead went for over 10 yards. He also had a golden chance to bring back the Eagles momentum and possibly give the Eagles the lead when a ball hit him in the chest. Instead, he dropped it and continued to miss tackles. Bradham is a shell of a player recently and there is a strong chance he isn't back in 2020, especially if he keeps playing this poorly.

After landing a big extension, Elliott found his own way to contribute to the loss by missing a field goal that both gave the Dolphins their best field position of the game and allowed the lead to reach nine at the end of the game. Had Elliott made that field goal, the game goes to 31-20 in the Birds favor. Even if everything else goes the same, the Eagles are down just six late in the game and can go for it on fourth down instead of kicking a field goal. If the Eagles don't score there and make the stop, they can make the stop and drive from the 50 instead of their own 25 with just eight seconds remaining. If they gain the 20 yards again, that means their last play is from the 30 instead of the 50.

All that is trying to say is that the missed field goal was huge in this game and it might be the first time that Elliott has failed to come up in a key moment since his rookie season.

While the Eagles still managed a touchdown after his falling over, his dropped touchdown would have scored seven and made the game 35-37 as well as have given the Eagles the opportunity to get the ball back before the two-minute warning with the Eagles needing just a field goal to win. Not only that, but his drop that would have extended a drive had Jake Elliott attempt a 49-yard field goal that was missed instead of getting the Eagles a touchdown or even a 29-yard try if the offense didn't gain another inch, not to mention the momentum shifts and the Dolphins not having that excellent field position.

Together, that is a minimum of a negative seven-point swing because of Ertz and is probably closer to a 10-point swing. If Ertz simply did his job and was just an average tight end Sunday, the Eagles win. They probably would have been better off with Josh Perkins playing the way Ertz played. Eagles fans can hope he won't play like that again.

The Eagles play their NFC East rival Giants, so players will look at that match-up (at least hopefully, considering they did not do it last week). The front office should be focused on their offseason and draft strategies. Nothing they can do will fix this team - they have the talent everywhere except for a speed receiver, the players just aren't playing to the level of their potential.