Eagles Flyers Phillies Sixers Union About Us Write For Us
Report: Alshon Jeffery Out For Remainder Of Season Following Injury On Monday Night Football
NOW THAT MILLER’S IN, WHAT ABOUT ALLEN? 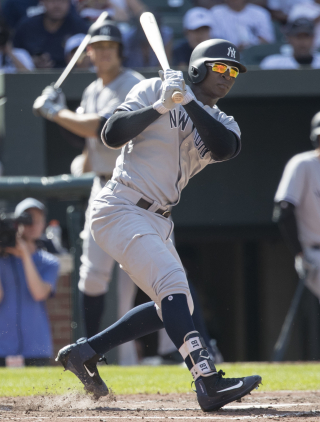 One of the more-rumored moves this offseason was that the Phillies would reunite manager Joe Girardi with his shortstop with the Yankees, Didi Gregorius.  Gregorius, famous for replacing the iconic Derek Jeter at shortstop, will be donning pinstripes in another color.  Gregorius is going to be a Phillie.

According to Joel Sherman of the New York Post, the Phillies and Gregorius have agreed to terms:

#Phillies are in agreement with Didi Gregorius

Sweeney Murti of WFAN reports that the deal is a one-year deal.

Gregorius was reportedly looking for a short-term deal to help rebuild his value after a down season in 2019, one in which he was coming off "Tommy John" surgery.   The one-year contract will allow Gregorius to demonstrate his health and ability once again before returning to the free-agent market.  The Phillies are simultaneously able to keep the infield full until Alec Bohm is ready.

Gregorius could play shortstop, while Jean Segura shifts to second base.  Scott Kingery can play third base for now.