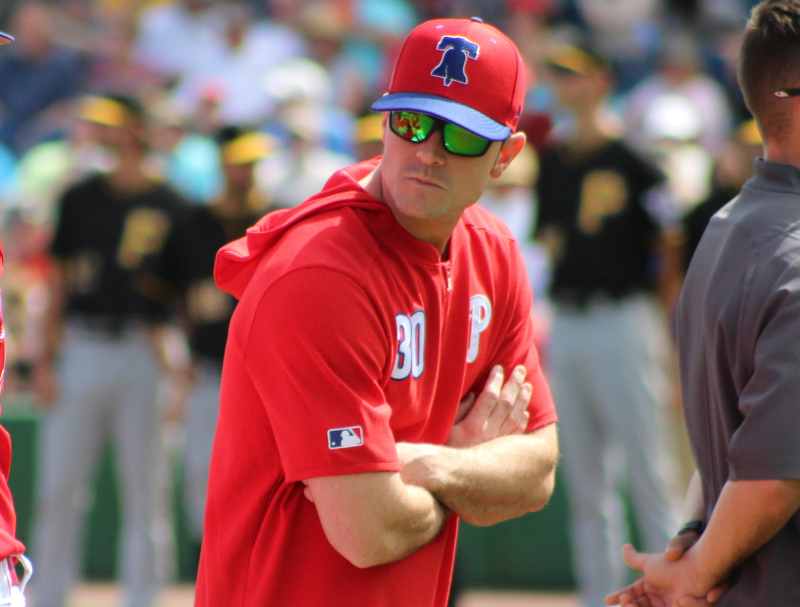 Pitchers and catchers have reported to Phillies Spring Training and the first workout is being held today.  The Phillies have two players who might be directly related to the Astros sign stealing scandal: Francisco Lirano, who spent a short time in the Astros bullpen in 2017, and David Robertson, who was on the losing end of the 2017 ALCS.  As the Astros addressed the issue today in Arizona, the two Phillies relievers had something to say.

Liriano has a World Series ring from his time in the Houston Astros bullpen.  He was traded from the Toronto Blue Jays to the Astros at the July 31 trade deadline that season.  Was the World Series tainted? Lirano is not sure.

“It’s hard to say,” he said. “You don’t want to be the team that was cheating to win the World Series, but it’s hard for me to say what my feelings are. I’m not happy about it, either.”

Liriano did note that the team had many players and that he himself was not directly involved because he was in the bullpen for games.

Coming out of the other team's bullpen in the ALCS was Robertson.  Robertson was very open about how upset he was with the results.  Robertson told Jim Salisbury of NBC Sports Philadelphia that he was less than pleased: “It’s a disgrace what they’ve done and they’re going to have to live with it and everyone knows.”

Perhaps the cheating affected Robertson directly in the ALCS:

“I got roughed up in Game 6,” he said. “And I felt like in that game I threw as well as I’ve ever thrown in my entire life. I had some pitches that got hit that I was a little shocked by and some pitches that didn’t get swung at that I was a little shocked by. At the time, I wasn’t thinking about what we know now. But it all comes together now and, you know, I’m upset about it, that’s for sure.”

His teammate C.C. Sabathia has been openly upset about it, too.

Liriano and Robertson are the only two Phillies players who were associated with the 2017 playoffs.

In his opening press conference, manager Joe Girardi refrained from really showing any anger for the way the 2017 Yankees season ended.  Girardi was Robertson's manager in 2017. Girardi was dismissed after that Yankees season, considered a disappointment.  Should Girardi be immensely bitter, he is a good sport in public about it.