Eagles Flyers Phillies Sixers About Us Write For Us
Flyers Day 10 Phase 3 Update: Not Concerned About Hart, Could Lindblom Play?
Previewing the National League East

2020 Phillies: Spencer Howard’s Odds for When

Promoting the lauded standout in the pipeline is always the tantalizing solution for the Philadelphia Phillies faithful to vicariously hope and dream of a championship through. And the general manager and/or skipper are the usual scapegoats who prevent the team from tasting champagne d'octobre.

For Phillies fans who immediately want Spencer Howard in the five slot or higher, the concept of development and earning a role doesn’t apply to certain prospects. Baseball lifers, unsurprisingly, don’t have that take on the situation, nor do future stars. Ergo, success isn’t a day trip.

When a local and a baseball man study the same numbers, why do they reach two different conclusions? For instance, a starter has a 2.50 Triple-A ERA, and some expect the same performance with the Fightins. But the organizational observer interprets those statistics differently due to their frequency.

If the baseball lifer sees a 2.50 Triple-A ERA, he doesn’t consider it a rarity because most “three to five slot” arms are from these MiLB standouts. In fact, an “old salt” realizes that --hopefully-- two will be mid-rotation pieces or lower, and Zach Eflin is the current four-slot hurler from these six below.

I have nothing against the above pitchers because they had success in a competitive arena and are having --or had-- a major league shot. Yes, I admire them because I climbed halfway up the music-industry mountain eons ago: the equivalent of Double-A success. From there, if you’re lucky and can handle the demands, it’s yours.

Potential stars are in the list below with the top-tier’s Cole Hamels and Tim Lincecum, plus the Phils’ have and had longer shots according to their numbers. So, was 2018 a career season for Aaron Nola? Or did the juiced ball “skewer” his results in 2019? No and yes, his above-average control is the difference.

Baseball men notice Hamels’ and Lincecum’s stats as ace-like, but they felt Nola was a three or a two. Ergo, Howard and Sixto Sanchez have the same projection as Nola except with average command (70 percent): 70 out of 100 strikes within an inch of the catcher’s target. At Double-A, though, it’s 40 percent and mostly fastballs.

According to a retired GM from an American League franchise, a player makes an impact in or after his third campaign. Translation: between 60 and 105 starts. Realistically, you can expect growing pains and save yourself unnecessary disappointment.

Because Hamels and Lincecum developed after their rookie seasons, don’t expect immediate success from Howard. However, both aces were productive in their second summer. And even Nola had his best 162 in 2018 after arriving in 2015 and making 60 starts: each year equals 30 outings.

On Howard, one glowing write-up reported three plus pitches: a fastball, curveball and changeup in his first two innings of an intrasquad contest. And though he had only one performance, Bryce Harper is pushing for him to be on the five-man staff, like Larry Bowa had lobbied for Brett Myers in 2002.

By the time some readers see this article, Joe Girardi’s decisions will be available: Thursday’s noon deadline (July 23) for the 30-man roster. So, some will know how the front office resolved the issues at hand.

For these red pinstripes, the skipper has many ifs. To illustrate, if Eflin isn’t ready after his simulated game on Thursday (July 23), Nick Pivetta will replace him for the July 28 appearance. And since Wheeler hasn’t opted out, that isn’t a problem.

In the pen, Pivetta, De Los Santos and Irvin will piggyback any starters going five frames or less. Meanwhile, Victor Arano and Tommy Hunter may need another week to be ready.

If Eflin, Hunter and Arano are a go, Girardi will need three middle relievers, and he has stated he prefers the younger options including possibly a lefty. Unfortunately, holders of 40-man spots may limit his choices because general manager Matt Klentak must cut a player to carry a non-roster invitee.

Stock has a 40-man slot, and he pitched in one of the three exhibition contests like the others listed below under relief competition. Just a guess: These hurlers were of the greatest interest to Girardi and pitching coach Bryan Price. Sounds logical, no?

While Seranthony Dominguez is out, no updates are available for David Robertson and Ranger Suarez. Plus the first cut from 30 to 28 Phillies will be after 15 days: likely a reliever and an outfielder. Yes, the Fightins could call up Howard after 7 days and cut a hurler.

Rotation-wise, even though the faithful believe Velasquez had received his shot, he added a cutter and improved his changeup during the downtime. Moreover, his detractors will only notice if he has a poor or a short outing, and they will chalk up his other 75 percent as merely luck, not hard work or development.

If Howard joins the Phils on July 30, he won’t have a guaranteed slot on the five-man staff if Nola, Wheeler, Arrieta, Eflin and Velasquez are performing. Regardless, some fans will want Howard immediately, and whom does Howard’s situation remind me of? Scott Kingery! 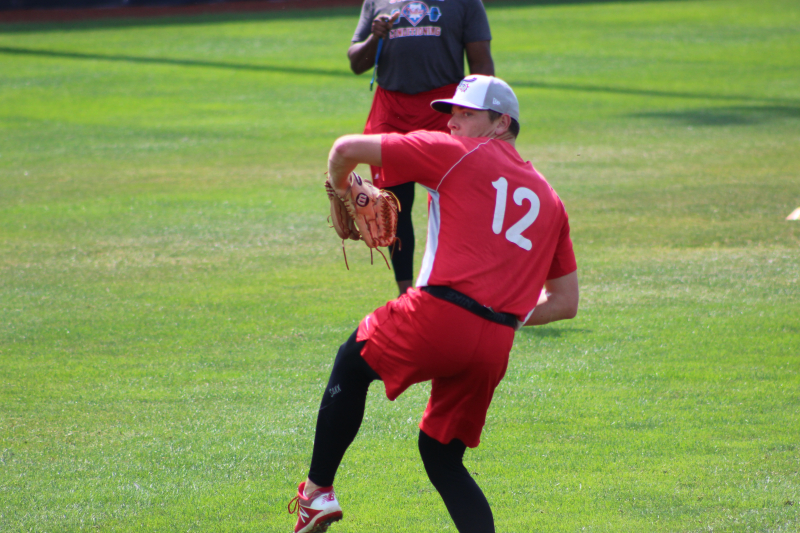