Phillies Place Haseley on IL, Designate Garcia as Segura Moves to 2B 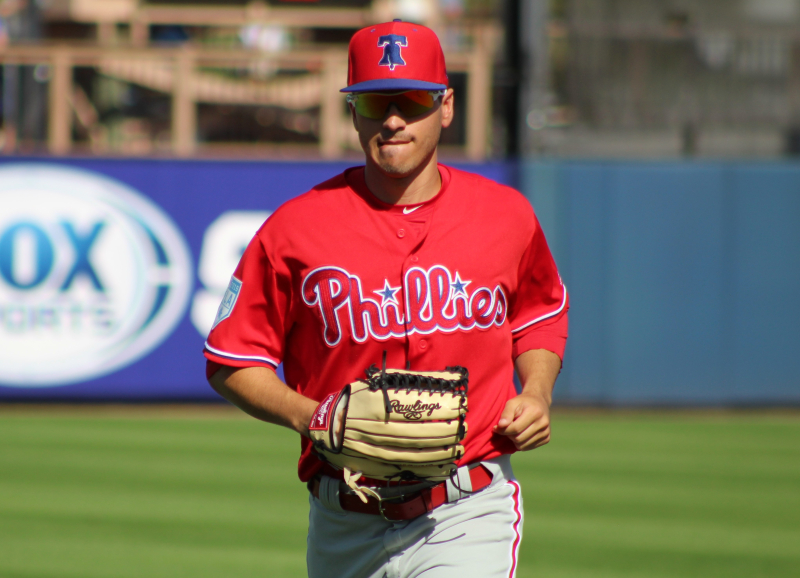 We now know how the Phillies found a space for third baseman Alec Bohm on their active roster.  It was not a demotion, but an injury.   Outfielder Adam Haseley has been placed on the 10-day IL with a wrist sprain.

To make room on the 40-man roster, the Phillies designated for assignment the contract of relief pitcher Edgar Garcia.  Garcia was part of the 60-player pool and was in the Phillies alternate training site in Allentown.  Garcia was 2-0 with a 5.77 earned run average for the Phillies last year.

But the news continues: In the starting lineup at second base today is Jean Segura.  Segura was the club's shortstop last year, third baseman to this point this year, and now moves again.  That could be a sign of how the Phillies move forward and a sign they wanted to address the struggles of second baseman Scott Kingery. vThe Phillies could have recalled outfielder Kyle Garlick instead of cutting Garcia.

Kingery, meanwhile, is likely going to be the team's back-up center fielder.  Roman Quinn will likely start at the position.  Andrew McCutchen, who played some center field last year, is not likely an option unless the Phillies are stuck.