Is Mickey Moniak a Mid-September Call-Up? 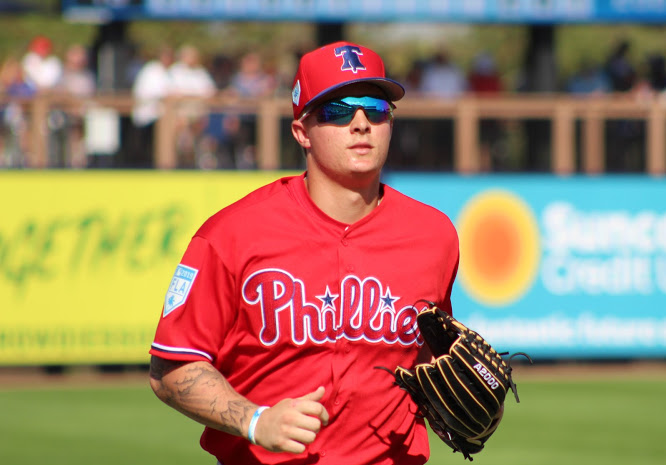 The Phillies have been hobbled by a number of injuries.  Most recently, starter Jake Arrieta hit the 10-day injured list.  But in the outfield the Phillies lost Jay Bruce and only recently got Roman Quinn back, and then losing Kyle Garlick to an oblique injury on Tuesday night.  So could Mickey Moniak be the next man up?

Jim Salisbury of NBC Sports Philadelphia reports that Moniak is joining the Phillies:

What makes this interesting is that Bruce could be nearing a return.

According to Meghan Montemurro of The Athletic, a roster move will not happen today:

No roster moves yet for the Phillies. Garlick (oblique) and Arrieta (hamstring) awaiting test results. Bruce (quad) will be a couple more day on IL.

The Phillies have Adam Haseley and Scott Kingery as reserve outfielders at the moment.  Kingery likely will be playing infield much more without first baseman Rhys Hoskins, and Bruce could be spending his time at first base and not the outfield as well.

Should Bruce not be activated yet, Moniak-for-Garlick could be the transaction.  But perhaps both are headed to Philadelphia today to face Jacob deGrom and the New York Mets.

Moniak batted .256 with 11 home runs for Double-A Reading in 2019.  He was added to the alternate site at the end of August.