Eagles Flyers Phillies Sixers About Us Write For Us
Phillies Outright Hembree, Morgan Off of Roster
Average in the Outfield: A Look at the Current State of the Phillies Outfielders

The Phillies Bullpen Could Use a Hand 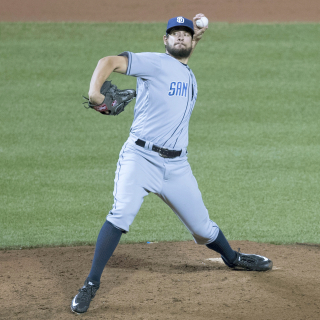 It has been widely reported that this offseason will be wildly unpredictable for MLB teams.   Even though MLB has released a full 162-game schedule for the 2021 season, there are doubts as to whether or not the full complement of games will take place.  Even if they do, teams are trying to figure out how to navigate substantial revenue losses in 2020.  Are teams willing to give up some real talent to save even just $1 million?  That appears to be the case with one reliever.

Zack Meisel of The Athletic reports that the Indians are seeking to get out of paying a buyout by placing Hand on waivers:

The Indians have placed Brad Hand on outright waivers with the intention of declining his $10 million club option if he goes unclaimed, sources say. If a team does claim him, the Indians won't be responsible for paying his $1 million buyout. Hand posted a 2.05 ERA in 2020.

The team awarded the claim would only have the responsibility of paying Hand for one year.

The Indians are hoping that a team will be willing to take on the $10 million deal so they save $1 million.  If no one claims Hand, they might be forced to pay the buyout.  But would he clear waivers?  The Phillies could really benefit from having Hand on their 2020 team.

The Phillies were reportedly in on two free agent relievers last season in Dellin Betances and Blake Treinen.  Both pitchers eclipsed $10 million each, and the Phillies added essentially nothing, even with David Robertson and Seranthony Dominguez each likely out for the season.  Might they pony up the money this time?

The Phillies will need to find a way to add talent and ideally without giving up talent to get it.  Hand would just cost the Phillies money.  And with the Phillies finishing four games below the .500 mark, they will likely have claim priority over some teams who have more substantial financial resources (and finished better than the Phillies).   Perhaps only the Boston Red Sox might have priority over the Phillies in terms of teams who might decide to take the chance.

Between free agency and other moves, the Phillies have six fewer relievers in the organization than they had last week.  David Phelps is likely to have his option declined as well, leaving the Phillies bullpen pretty bare.    If the Phillies can be awarded the waiver claim, they're not going to have a long-term contract liability, and acquiring him would only cost the club money.

This is a move the Phillies should consider making.