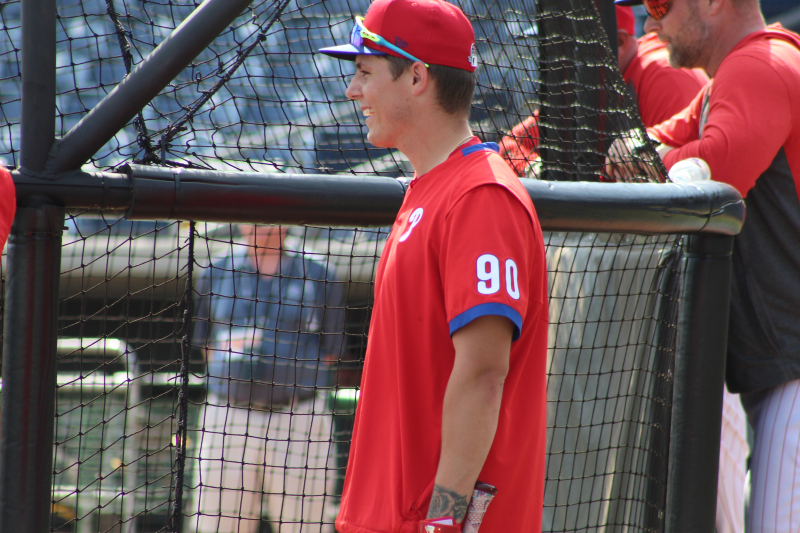 Friday night was the deadline for Major League Baseball teams to set their rosters ahead of the upcoming Rule 5 draft.  Players on the 40-man roster may not be selected by clubs in the draft, scheduled for the winter meetings, which will be held virtually December 7-10.  The Phillies announced that they have added six players to the 40-man roster, protecting them from the Rule 5 draft.

The players protected by the Phillies are:

A couple of the players protected could help the Phillies sooner than later.

Nick Maton and Damon Jones both spent some time in Phillies Spring Training in Clearwater and got some playing time.  Jones could factor into the 2021 Phillies bullpen from the left side, and Maton could potentially fill a utility infield role.

Francisco Morales is one of the top Phillies pitching prospects, likely tagged for Double-A and maybe Triple-A in 2021; Morales is someone hurt by the lack of a minor league season in 2020.   The MLB Pipeline Top 30 lists 2022 as a target date for Morales.

Both Kyle Dohy is also probably close to the major leagues.  He could get a look in Clearwater in the Spring and have the chance to show what he can do for a mid-season call-up, depending how the Phillies bullpen goes.  The same could be said for Bailey Falter, who did not make the MLB Pipeline Top 30 prospect list, but pitched pretty well at Class A Clearwater in 2018 and Double-A Reading in 2019.

Simon Muzziotti could be a potential Phillies center fielder of the future, but he is still is somewhat young.  Muzziotti is just 21 years old (he turns 22 next month) and probably will get a decent look in big league camp in Clearwater.  Muzziotti was originally signed by the Boston Red Sox, but made a free agent after the Red Sox were found to be in violation in the rules concerning international signings..  The Phillies swooped in and signed him in 2017 as a 16 year-old.