While some Philadelphia Phillies fans bemoan the mound staff, they expected the same results for 2021’s 200 frames after a starter had fired 70 innings in 2020. So, it’ll be no surprise when a rule change from ‘21 to ‘22 doesn't factor into their equations. And the DH will also affect bullpen workloads.

If the Phillies ace is in a pitcher’s duel, Joe Girardi won’t need a pinch hitter and a reliever. No, the days of being down by 1-0 after six innings and 80 tosses will be different: Zack Wheeler may go eight frames, not six. But now two arms could be available for the eighth or ninth. A plus, no?

Realistically, the universal DH will be 15 new National League jobs, but owners will want an equal return. And, currently, those discussions are in progress, so Girardi’s experience will be beneficial with this available option. Granted, it’s not a huge advantage but it is something.

Another difference for 2022 is the workload from last summer to the upcoming one. To illustrate, Wheeler will again be working nearly 213 ⅓ innings in ‘22 instead of triple 2020’s 71 frames. Basically, many starters had near-empty tanks in August and/or September: Don’t underestimate endurance.

With COVID-19 changing offseason preparation routines, players have adapted to these new obstacles like other Americans. So, an improved winter regimen and 2021’s workload will lead to an accurate evaluation of each star’s ability, but the competition will be tougher also.

In 2022, hurlers will still be on the mound in close games ahead or behind if their pitch counts dictate continuing. And Girardi will not risk a tiring horse to finish a frame because of his batters due up, plus relievers will enter contests for only meaningful outs. Ergo, starters’ innings-pitched averages will increase.

After working 6.7 frames per outing, Wheeler will only improve another ⅓ inning due to going deeper in close battles without overdoing it and also not staying in too long. In fact, this warrior dialed up a 1.47 September ERA after tiring in August: second only to June’s 1.44 ERA.

Even if Nola has a 3.30 ERA for ‘22, Ranger Suarez may pass him to slot behind Wheeler. And a Fightins right-left-right trio of Wheeler, Suarez and Nola could be potent atop the rotation. Yes, they could compete with any divisional foe’s front three: The Atlanta Braves and New York Mets have some question marks too.

Suarez is an X factor after succeeding as a middle reliever, setup man, closer and starter. After working 103 innings, however, can he handle 180-200 frames? Estimators, though, figured 100 innings over the previous season for ‘21. Plus he worked 51 frames or 6.4 per outing in his last eight starts. Ergo, it’s possible

Kyle Gibson was a six-inning pitcher for 2021’s Texas Rangers and Phillies. Therefore, he should have better statistics due to a similar workload, and he’ll battle Zach Eflin for the four slot, even though Eflin may be two weeks behind the other four. But either will be better than most four-spot hurlers.

Before his knee injury in his 18th outing, Eflin had 17 opportunities with a 3.88 ERA and a six-frame average. No, those aren’t the stats of a five-slot arm. That’s a solid three with a workload-related reinjury by going from 59 frames in ‘20 to 102 amid pandemic-influenced preparation. Expect a 6.3-innings average.

Hans Crouse and Bailey Falter are the two likely candidates to combine for six frames total in 4-5 games if Eflin returns in mid-March instead of March 1. Expect to see each handling 3-4 innings during a full spring training. Moreover, five backend relievers will leave two spots up for grabs if the Phillies don’t ink a March bargain.

Barring a rule change, no franchise can carry more than 13 moundsmen: eight in the relief corps. And the three-batter rule will be another consideration in the pen’s workload.

For advancement, relievers must earn higher-leverage situations. Ergo, Connor Brogdon and Sam Coonrod will have more seventh-frame chances to shine, and working the seventh is mostly a winnable contest and could ignite their competitiveness.

In the eighth inning, fireballers Jose Alvarado and Seranthony Dominguez could be a solid left-right duo, who must produce to hold off challenges from Brogdon and Coonrod. Realistically, the five-man staff will work more frames due to the DH, and this will keep the bullpen fresher for late-game stops.

To earn a big contract, presumptive closer Corey Knebel prefered a one-year deal because of his 2021 results, especially in the postseason. Basically, his curveball has sparked his resurgence with a 2.45 ERA: 27 games, 25 ⅔ innings, seven holds and three saves. And he recorded 11 punch outs out of 17 playoff outs to one walk.

If you look at the Phillies compared to other NL clubs, the Los Angeles Dodgers and Atlanta haven’t re-signed Clayton Kershaw and Freddie Freeman respectively. Despite this big league clue, MLB supporters with free agency are the adult version of kids in a candy store. I’ll have one Carlos Correa! 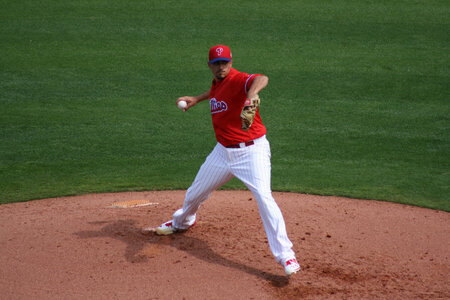