Eagles Flyers Phillies Sixers About Us Write For Us
3 Observations: Sixers Move Onto Second Round After Emphatic Game 6 Win
Philadelphia Eagles Draft: Five Names to Watch on Night Two 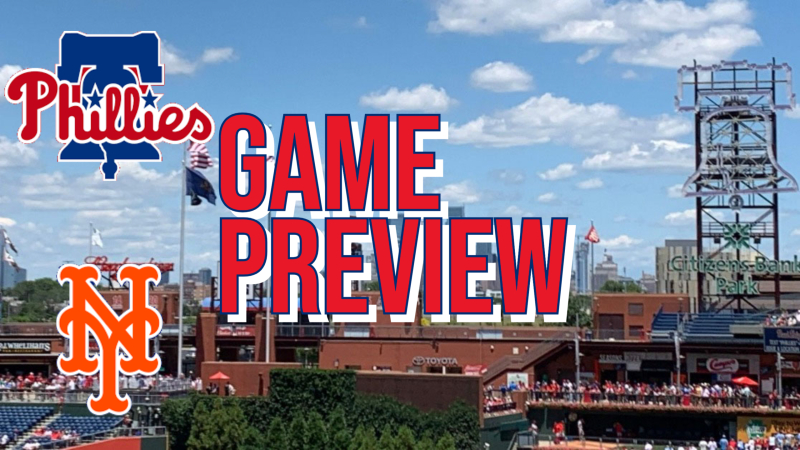 The Phillies (10-10) completed a four-game sweep of Colorado on Thursday in South Philadelphia, breaking out of an offensive funk in the process. The win pushed the Phillies back the .500 mark with a 10-10 record. Now their attention returns to the NL East.

The Phillies and the first place New York Mets (14-6) open a three-game set in Queens, NYC on Friday night.

Aaron Nola gets the start for the Phillies. Nola is coming off of his most impressive outing of the season, a 7IP, 0R, 1H 9K, no decision performance last Sunday against Milwaukee.  Friday’s matchup will be Nola’s second appearance against New York.  Nola took the “L” on April 13 giving up three runs in 3-⅓ innings.

Tylor Megill, who has been the surprise of the Mets’ staff, will get the nod to open the series.  Megill is coming off a 6-⅔, 2ER, 7K win against Arizona on April 24.  He previously faced the Phillies on April 12, earning a win allowing no runs, and striking out five over 5-⅓ at Citizen Bank Park.