The Philadelphia Phillies, Atlanta Braves and New York Mets have overhauled their rosters mostly via free agency. Realistically, it’s a three-team race even if all three franchises are healthy. But if you’re expecting a uniform foretelling, what’s in store for you? The annual surprise!

Around every corner, today, something unexpected is happening, and swallow-your-words comments don’t age well for Phillies fans. However, armchair GMs will make snap decisions the boss behind the front-office door won’t: It’s mostly rules, common sense, and 40 percent luck according to Charlie Manuel regarding baseball.

“Prediction is difficult –particularly when it involves the future.” — Mark Twain

In Philly, many are overly enthusiastic about the lineup: Expecting massive run production daily isn’t healthy, but the average per game is. Meanwhile, Mets fans believe dollars equal triumphs, and the Braves supporters are anticipating another World Series parade. But it doesn’t stop many from more to-do suggestions.

For April, remember every club is finishing an abbreviated spring training. Ergo, starters working five innings or fewer in their first couple outings are going to be on a pitch count. And some are behind due to visa issues like Ranger Suarez or Zack Wheeler experiencing some discomfort after 2021’s workload.

Keep in mind, many organizations will make unusual decisions because additional injury concerns are foremost: These first two weeks are basically the final days of camp. Most are still ramping up for a full 162. And if you believe you’re going to get mid-season results, don’t.

The Fightins have three hurlers who could miss minimal time: Sam Coonrod, Jose Alvarado and Connor Brogdon. So, they have four of seven solid arms but until May could carry up to 11 relievers including lefties Christoper Sanchez and Bailey Falter: eight is the norm. Those two can each provide three frames behind two starters.

In Atlanta, they will have a six-man staff to open the campaign. Realistically, they’re Max Fried, Charlie Morton, Ian Anderson, and three question marks. They, fortunately, have seven home contests against the Cincinnati Reds and Washington Nationals before seven west coast battles in San Diego and Los Angeles (NL).

Well, the Metropolitans’ trouble is already here: Jacob deGrom could go on the 60-day IL (injured list) due to a stress reaction in his right scapula and won’t return until June. Note: The ace, 33, is reminding me of the end for Doc Halladay and Cliff Lee. Now, Tylor Megill or David Peterson will fill the bottom slot.

In ‘21, Bravos fans were beside themselves with Davenport’s forecast, and Mets supporters will no doubt feel the same with this year’s foretelling. Translation: These sites have different formulas for arriving at their expectations, and some competitors use only an average of three or four of them. And they change frequently.

For the red pinstripes, the first three games will be at the Bank versus the Oakland A’s. But Aaron Nola, Kyle Gibson and Zach Eflin will probably need 3-4 relievers; however, they will face a club transitioning away from upcoming expensive contracts to players under team control and dramatically lower salaries.

In Atlanta, their front three hurlers and offense will compete with a Reds squad after their cost-cutting trades over the winter. But Huascar Ynoa will toe the rubber in their fourth contest, and he had a dismal second half in 2021. Did his self-inflicted injury affect him, did the league catch up to him, or was it a lack of confidence?

With deGrom on the IL, Max Scherzer –questionable hamstring– Chris Bassitt, Carlos Carrasco and Taijuan Walker will start the away set against a likely last-place divisional foe. But Carrasco had an injury-plagued and ineffective ‘21, and Walker’s second half was either the league finding his holes or workload fatigue after 2020.

When the Mets face the Phillies here, they may go with a fifth moundsman, Scherzer and Bassitt. Meanwhile, the Fightins will counter with Suarez, Wheeler and Nola; but the first two will be on pitch counts for 3-4 innings: Sanchez and Falter could each work 2-3 frames behind them.

The Braves will schedule two questionable starters in the three-game set versus the Nationals, and Fried will finish the series. Then, their six-man rotation will face the San Diego Padres and Los Angeles Dodgers for their next seven contests. But three games will be Ynoa and two spring-training winners.

Every summer, it boils down to luck, surprises, disappointments, comebacks, good health including any coronavirus outbreaks and now getting through April without any major injuries. Adrenaline, though, can get stars to overdo things to the detriment of their season. Ergo, the skipper will keep an eagle eye on them.

In 2021, doubting Thomases had predicted a fourth-place finish, and the Phils –despite the early August injuries to Rhys Hoskins and Eflin– were relevant until September’s final week. And, now, expectations have swung to the positive extreme after the offseason spending. So, are you feeling lucky? 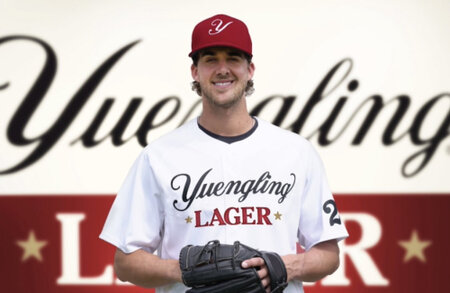