In every season, the Philadelphia Phillies and their divisional rivals win, lose, and play .500 ball. And it depends on their health and roster if one of those three outcomes is stronger than the others by August. But because every franchise does all three, what will the faithful’s emotional state be? A roller-coaster ride!

When New York Mets supporters find out their club isn’t going to play .700 ball, they will think something is wrong with them and want it fixed immediately. All of a sudden, management will no longer be on a pedestal for brilliance as the best National League organization, and their fans will magnify every mistake as proof.

“Any time you think you have the game conquered, the game will turn around and punch you right in the nose.” - Mike Schmidt

While the Phillies and the Atlanta Braves are fighting their way back near .500, the Metropolitans have distanced themselves above their main divisional competition. But they won’t be playing .700 ball for the entire campaign and winning every series despite any local wishful thinking.

Realistically, there are differences between the three fan bases; for instance, the red pinstripes faithful enter many summers with doubts. But, recently, the naysayers waited 10 games before believing manager Joe Girardi was the problem because he was taking a 4-6 mark in stride.

In Atlanta, fans expect the Bravos to again capture the divisional pennant and believe Ronald Acuna Jr. will spark their turning point. And they feel the Phils and Mets will be irrelevant by August as usual. Contradictorily, the Fightins were contending until last September’s final week

New York (NL) supporters view annual predictions gospel-wise and expect serious October baseball. But when they look over their shoulders to eye the Braves, they generally don’t see the Phillies as contenders. In fact, one New Yorker recently wanted the team to pick up JT Realmuto because he had already counted the Phils out.

* The standings when the Mets fan counted the Phillies out.

Entering the three-contest set in Queens, the red pinstripes had a four-game winning streak and scored 32 runs in the sweep of the Colorado Rockies. But the run production didn’t come via the long ball. No, they capitalized on Colorado’s mistakes and found ways to plate runs and triumph.

Atlanta is 2-2 since Acuna’s return, but will he be a leader like Freddie Freeman? Remember, the face of the franchise won’t be a free agent until after the 2028 season if the Braves exercise his two club options. And while his activation has revitalized his teammates, will he lead by example? Is he a difference-maker?

The Mets finished Sunday by winning all seven series on their schedule, but now they still have eight more consecutive battles against their main divisional foes. Of course, they won’t dominate baseball by being victorious in every set, and the Braves will win their second series for  ‘22.

The Phillies rotation is mostly displaying consistency as the pitch-count phase is at the end. Yes, all their starters have built up their arm strength to go 6-7 innings beginning in May. And their offense had scored 106 runs through the first 23 contests: 9 runs shy of five a game.

For Atlanta, the four-game set in Queens will determine if Acuna’s return makes a difference against tougher competition. Plus it will be a yardstick for Acuna’s leadership on the diamond and in the clubhouse. Ergo, is he ready for that role?

For the New York (NL) squad, how will they handle the adversity when it arrives? Will they play .500 ball or have a losing streak? Presently, they have four contests with the Bravos at home before four at the Bank.

The Metropolitans have eight games ahead against the strong competition of the Phils and Braves. However, they’ve managed to play the same regardless of the competition, but Carlos Carrasco (last outing) and Taijuan Walker (limited pitch count) are still question marks based on 2021 and this April.

Atlanta is ready for an important four-contest set in Queens. And when this series ends, the first signs of the rubber-chicken circuit affecting any star may surface. But their fans are already voicing concerns regarding two of their three best starters.

For the red pinstripes, the next four battles with the visiting Metropolitans will finish revealing the strength levels of our rotation, bullpen, offense and defense. So far, all four areas are basically acceptable to management, even if naysayers skeptically critique every misplay or missed opportunity.

From May 2 on, the Mets have 21 of 29 games against stronger opponents, the Braves face  stiffer competition with 23 of 28 clubs, and the Phillies have more challenging competitors in 27 of 29 contests. Realistically, May’s games will play a large role in the NL East standings.

Because winning is contagious, players want to be at the park early and expect daily celebrations. And how long does this invincibility last and who stops them? Another team says no. 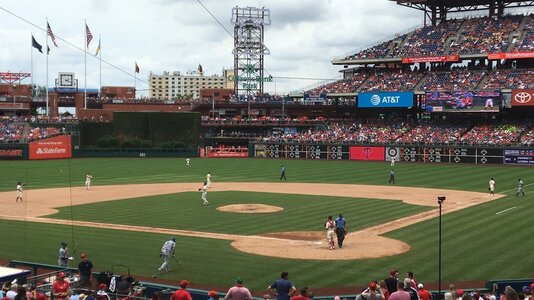