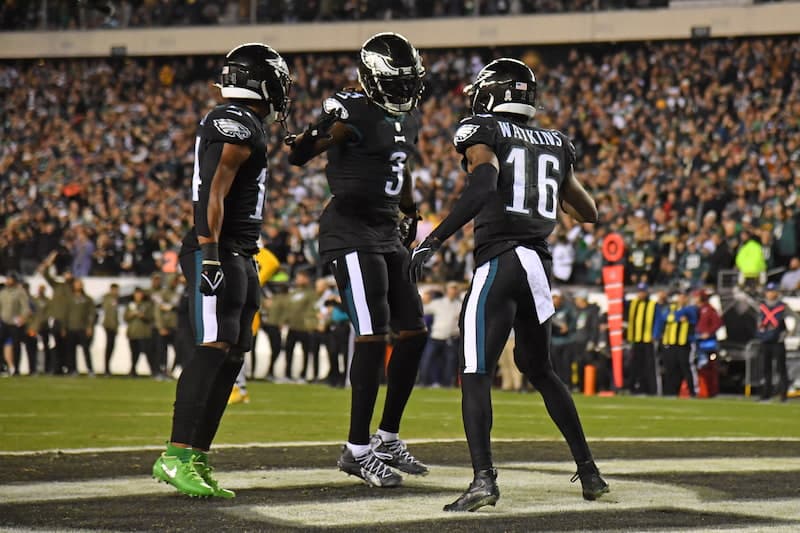 The Philadelphia Eagles (10-1) are home again tomorrow against the Tennessee Titans (7-4). Both teams are sensationally talented this season, but it will be one last revenge arch with A.J. Brown and his former team. The Eagles look to add a win tomorrow in order to potentially clinch a playoff spot if their scenario works out.

2018: A painful overtime loss on the road for the Eagles. The team lost 26-23 when the Eagles were only able to end with a field goal by Jake Elliott. A lot of good came from the game, however, it really doesn’t matter too much for the Eagles current state. The major point is the Eagles successfully holding Derrick Henry to 24 yards.

As the Philadelphia Eagles look to continue winning, the Tennessee Titans are a team that people thought would’ve been Philly’s first loss by now. In this final stretch for playoffs, both teams have similar strengths that helped them dominate this season. They have a strong run game with their running backs, quarterbacks and oftentimes, both. Sunday’s game is going to be a battle of running backs versus defenses and whose team will be more victorious. With the return of Jordan Davis but also CJ Gardner-Johnson going on IR, the Eagles have no reason not to stop Henry, who could get his way tomorrow with explosive plays.

Though a win would not do much for the Titans, a win for the Philadelphia Eagles is just one part in two scenarios where the team could clinch a playoff spot. One scenario calls for a Commanders loss, Seahawks loss or tie and 49ers loss or tie as long as both teams do not tie. The second scenario calls for a Commanders tie, Seahawks loss and 49ers loss.

CJ Gardner-Johnson (kidney) was officially put on the Injured Reserve list and is therefore out for Sunday’s game.

Robert Quinn (knee) is out for Sunday’s game.

Denico Autry (knee) is out for Sunday’s game.

Elijah Molden (groin) is out for Sunday’s game.

Cody Hollister (neck) is out for Sunday’s game.

Besides stopping Henry, which the team is more than capable of doing, the Eagles need to control the clock to keep that offense off the field. The Eagles have done extremely well in turnovers and takeaways, but now they need to make sure they can stay productive on offense – much like last week versus the Packers.

The Eagles defense will have a big job of stopping the run tomorrow – even that of Ryan Tannehill. The Titans offense is a run-first offense, so the Eagles need to keep from allowing anyone to have a breakout run and change the control of the game.

The Titans have somewhat of a similar game plan in stopping the Eagles offense, including Jalen Hurts. After last week’s sensational effort by Hurts to put up over 150 passing and rushing yards, the Titans need to make sure they get at the quarterback and cause the offense to scramble.

Henry knows how to tire out opposing defenses. Since the Eagles get Davis back tomorrow in addition to Ndamukong Suh and Linval Joseph, Henry is going to have his work cut out for him, but it can be done. Davis might be a little rusty since returning to the game, so Suh and Joseph are going to rotate a lot. It might work out that Henry gets his way, but the Eagles defense continues to put up a fight.

The Philadelphia Eagles end up being the better team in this matchup, therefore I see them taking another win tomorrow. The Titans, however, are not an easy team and will keep it close.