Jayson Werth Returns To Philadelphia To A Mixed Reaction 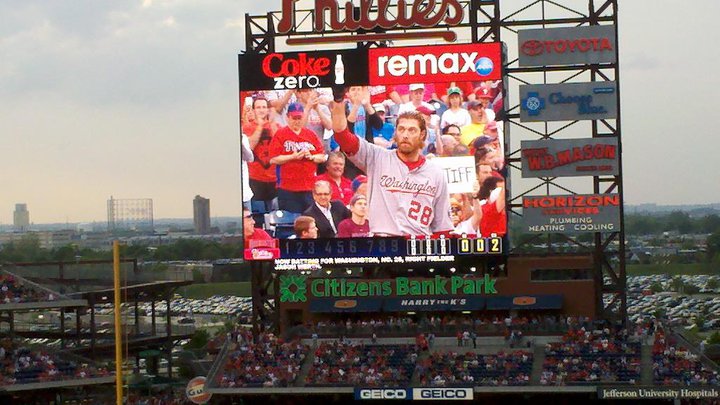 Jayson Werth is back in town tonight for the first time since signing his huge multi year deal with the Washington Nationals in the offseason.

It was a mixed reaction at first for Jayson when he first walked to the plate with two outs in the top of the 1st inning. What appeared to start as boos turned quickly to a standing ovation for the bearded one. Jayson did the right thing and stepped out of the box, removed his helmet, and waved it to his former fans. It was a nice moment recognizing all of the effort that the right fielder brought to Philadelphia in his four years here.

Werth would then take the field in the bottom of the inning to even more cheers from the Philadelphia crowd. Fans continued to cheer until Werth pointed to the Nationals logo on his hat. Of course Phillies fans didn't take kindly to that, and the boos poured down once again.

Expect the cheering to be over for Werth for the rest of the series now that he seems to enjoy being labeled the enemy. I have a feeling Phillies fans won't mind giving him the kind of reaction that he wants.