The Future of the Wall of Fame 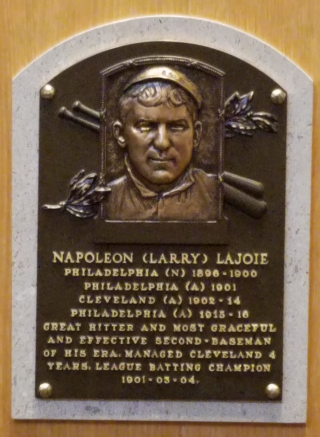 Plans for Alumni Weekend were turned upside down when the Phillies announced that Pete Rose would not take part in the festivities. The organization was really put into a bind considering the news surrounding Rose came less than two weeks prior to his scheduled induction into the Wall of Fame. Sports Talk Philly's Tim Kelly suggested that the Phillies induct former standout third baseman Scott Rolen, who also appeared on 2017's Wall of Fame ballot. I tend to agree that Rolen was the most qualified on that list of names but understand that bronze plaques cannot be manufactured within two weeks. The Phillies decided that current members of the Wall of Fame will be honored, instead, and focused mainly on the passing of legend Darren Daulton. The weekend tuned out to be a positive one for both the club and fans, the question remains, "What do the Phillies do for next year?"

It's probably likely that the Phillies will revise the list of candidates for next year's induction ceremony. The 2017 ballot was not a particularly strong one, given that Rose and Rolen were the two obvious candidates for an Ashburn Alley plaque. This was probably done on purpose so as to ensure that Rose would be selected, resulting in a packed Citizen's Bank Park for the entire Alumni Weekend. The product on the field is less than stellar, so why not let fans drift away into the gaping nostalgia yawn and remember better times?

The 2017 ballot saw the return of eight players who appeared on the 2016 ballot and five who appeared on the 2015 ballot. With that track record, it's probably safe to assume that the majority of these name will reappear on next year's ballot, with the likely addition of Brad Lidge, Jamie Moyer, and Matt Stairs. 2018 will be the 10 year anniversary of the 2008 World Series championship, so having the first influx of 2008 members is perfect timing. My bet is on Brad Lidge to be the 2018 inductee.

The Well is Near Dry

With all do respect to the names who appeared on the Wall of Fame ballot within the past five years, it is clear that the well has run relatively dry. The Phillies have inducted someone every year since 1978 (they honored the Centennial Team in 1983), and each year between 1978 and 2003, one Phillie and one Athletic were inducted onto the Wall of Fame. Perhaps it is time the organization considers hosting an annual Alumni Weekend but not an annual Wall of Fame induction.

I'm not the only person to mention this, nor am I the first. But it's completely possible to have a great Alumni Weekend without an induction ceremony. Offer a nostalgic giveaway, like, say a Chuck Klein bobblehead, and trot the current team out in vintage uniforms. Not a bad idea. I personally believe that the Wall of Fame should represent the absolute best who donned a Phillies uniform, not simply those with whom the fan base is most familiar (Pat Burrell? Mike Lieberthal?). Given that many of the 2008 Phillies will soon become eligible for induction, it's unlikely that the Phillies would even consider a non-annual Wall of Fame induction plan.

Pat Burrell and Mike Lieberthal bring me to my next point, which will never happen in a million years: use the ballot and induction as a nostalgic educational opportunity. There are three Phillies who are in the Hall of Fame, yet are absent from Ashburn Alley. The reason? Nobody alive saw them play.

Dave Bancroft: A Hall of Famer who was a rookie and the team's starting shortstop for the 1915 N.L Champion Phillies.

Harry Wright: The Phillies manager from 1884 through 1893, Wright presided over the Phillies' first era of sustained success in early 1890s. Wright was born in England and immigrated to the United States and was a crack cricket player but transitioned to baseball and was a member of the infamous 1869 Cincinnati Reds – the first all professional team in history. He was inducted into the Hall of Fame in 1953 and is buried in West Laurel Hill Cemetery in Bala Cynwyd.

Napoleon "Nap" Lajoie: A Hall of Fame second baseman who began his career with the Phillies in 1896 and tore up the National League until he jumped to the American League and cross-town Athletics before the 1901 season.

After these glaring omissions are inducted, the organization and the fanbase need to take a long, hard look at one of the most underrated Deadball Era players: Fred Luderus. Luderus was the team captain of the 1915 N.L. Champion Phillies and owned the record for most games played at first base for the team until Ryan Howard passed him a few years ago. My feature piece on Luderus' Wall of Fame case can be found here.

As mentioned in the previous section, why not add throwback uniforms to the mix? The franchise has been in existence for 134 years and, at times, they wore incredibly sharp looking uniforms. But an investigation into the nostalgia craze and turn back the clock games is for another article.