Eagles Flyers Phillies Sixers About Us Write For Us
Genard Avery Carted Off Field With Knee Injury
Report: Game 3 of Flyers-Islanders Postponed in Wake of Social Injustice

2020 Phillies: The Pitching Trade, Behind and Ahead

Many fans believe they have the answers to the Philadelphia Phillies shortcomings in the pitching trade (occupation) during the offseason or before any month-ending deadline. Yet, unforgiving is a mild view of their reaction to those arms management didn’t acquire for 2019 and 2020. But have their suggestions panned out?

Except for Pat Gillick, the Phillies faithful have recently had these general managers: Ed Wade, Ruben Amaro Jr. and currently Matt Klentak. Yes, this sounds like a chorus: Fire Wade! Fire Amaro! Fire Klentak! Translation: Gillick won the 2008 World Series and is in the Hall of Fame. No parade, no job, no?

“Toughest job in baseball is the general manager. Second toughest is the hitting coach.” - Ken Harrelson

Many opinionated locals voice their displeasure with the front office because they aren’t making satisfactory moves. And if Klentak wasn’t clueless in their eyes, these swaps and signings would produce a serious championship opportunity. Basically, these contending solutions for ‘19 and ‘20 were surefire according to many fans.

With relievers, Zach Britton, Craig Kimbrel, Will Smith and Dellin Betances were the targeted gets according to the overall fan base. Surprisingly, the current alignment in the relief corps isn’t producing an outcry for any specific bullpen piece.

The armchair GMs have made their recommendations for last summer and this one, plus money and roster rules are no object for them with the exception of hurlers who were never available without tampering: Jake Odorizzi and Aroldis Chapman. Realistically, you can’t fault anyone for not taking a bite of forbidden fruit.

The executive, however, has monetary limits. Best guess: Klentak probably has a $50 million ceiling, while president Andy MacPhail can approve up to $100 million. And managing partner John Middlerton must sign off on anything above that, but the top execs can overrule even a $40 million offer.

For 2019, the Washington Nationals inked Corbin to a six-campaign pact for $140 million. And, so far, he has offset Bryce Harper’s run production by keeping the opposition off the scoreboard despite a current 2-mph velocity drop. Ergo, a Fall Classic victory was the end result of their strategy.

Moving a top pitching prospect for Paxton was the pickup of a two-slot hurler for last season. Unfortunately, the free agent-to-be is on the IL (injured list) and is another moundsman with diminished fastball velocity. For the Phils, Victor Arano has the same issue and will remain in Allentown until he shows improvement.

Keuchel was a solid number two for the Atlanta Braves and is as effective for the Chicago White Sox during this 60-game experiment. Presently, he is worth the three-year contract of $55.5 million. And if you’re sensing a successful pattern, you may shortly have second thoughts.

Rumor may be the New York Yankees never have bad signings, but Happ cost them $34 million for two uninspiring summers. No, they couldn’t deal him over the winter, but it wasn’t a lackluster effort. He, perhaps, is at his career’s end, and he had a solid major league run.

Having control problems is nothing new for Ray, but he has really struggled with his command in 2020. And although the Arizona Diamondbacks kept him for the playoffs in his walk year, some organization may want him for their pen due to his strikeout stuff.

Arizona inked Bumgarner to a five-season, $85 million pact, but he’s on the IL with a balky back until August’s end. So, did this drop 2019’s 91.7-mph fastball to 88.2 mph? Remember, Fightins fans --who had wanted Klentak to acquire this vet-- probably thought his signing elsewhere proved the GM’s incompetence, no?

For four campaigns at $20 million annually, Ryu accepted the Toronto Blue Jays’ proposal to compete in the American League East. And he filled their need for a veteran presence to head an unspectacular starting staff. But even though he hasn’t duplicated 2019’s 2.32 ERA, he still is plenty effective.

In the last 162, Minor’s name emerged around mid-July despite the postseason-hopeful Texas Rangers’ position in the standings. And they kept him to have another shot in ‘20, but ‘19 must have been a career year for the left hander. Unfortunately, his heater had a 2-mph drop, and now Texas is a seller in the AL West.

In the need-a-closer category, Kimbrel to some locals here was worth every demanded dollar. But he settled for $43 million over three summers. Yes, the Chicago Cubs inked the big-ticket free agent to patch their ninth-inning hole after previously freezing expenditures. Now: Kimbrel isn’t their closer.

Due to his 2017 and 2018 IL stints, Britton had been a risky swap opportunity, but the Yankees benefitted on a toss-up trade, while other execs had made lower offers. But before the southpaw ruptured his Achilles tendon shutting him down for six months, he had been an elite closer.

After his COVID-19 bout, Smith has finally appeared in some contests, but vulnerable closer Mark Melacon has tightened his grip on the job. Yes, Atlanta signed Smith for three campaigns at $40 million total and didn’t expect him to be a setup man. But he still could turn out to be a solid fireman.

Here, Betances was the pen target for the red pinstripes, but he’s another pitcher with a velocity drop (3 mph). Plus the New York Mets guaranteed $10.5 million for the setup man. Additionally, the reliever is having control problems.

Klentak had inked Zack Wheeler and Didi Gregorius but lost out on Betances, so he is two for two on his signings. Apparently, it was his good fortune to not overpay for the tall righty. But looking back, though, offers a pause before considering tomorrow’s no-brainer acquisitions.

As for the faithful, four hurlers are working out, one is a maybe, and eight including Hamels are currently misses. And four of 12 without counting Smith (the maybe) equals 33.3 percent if you wanted them all. So, how did you do? 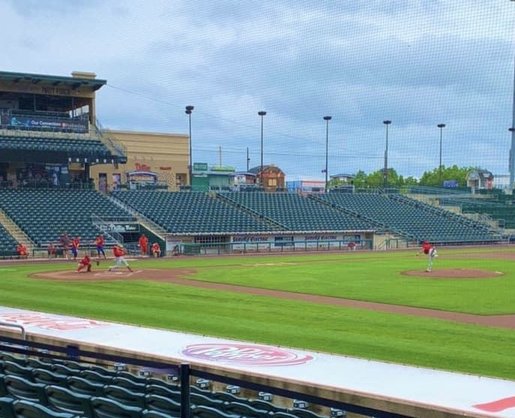