Beginning with what Philadelphia Phillies fans know: Dave Dombrowski, president of baseball operations, has added the first new piece to the 2-3 relievers still here. But those who want JT Realmuto, a starter and eight relievers are disappointment-bound. Bright spot: They will have a decent --not all new-- pen.

The Phillies bullpen was the major leagues worst last season: 30th! And, realistically, if most organizations had a normal financial year, replacing eight relievers wouldn’t happen even with a Hall of Fame executive. Basically, three new hurlers total will be management’s ceiling.

In his first 18 days, Dombrowski hired a new general manager and has engineered his first trade: not even three weeks on the job. Impressive, no? If this guy has lost a step or two, he hides it well.

Quickly making a swap as a new exec is exemplary, plus Dombrowski had been away from the majors for roughly 15 months. And, even so, he understood Tampa Bay would be receiving more pieces than slots on their 40-man roster. Therefore, they had to release a player.

Dombrowski needed a man who didn’t require a roster spot. And he engineered a trade with the Los Angeles Dodgers to send first baseman Dillon Paulson to the Rays in exchange for left-hander Garrett Cleavinger. Ergo, the Phils received lefty Jose Alvarado with AL East success for Cleavinger with ⅔ MLB innings.

In 2018, Alvarado threw his 98-mph sinker for 57.3 percent and three other pitches for 42.7 percent. Unfortunately, he battled injuries in 2019 (elbow inflammation) and 2020 (shoulder inflammation). But both health problems were only temporary and aren't a major risk for the red pinstripes.

Financially, the portsider has an estimate of $1.05 million for his first arb-eligible campaign, plus he has two summers of team control after ‘21. And, for now, he will plug the hole for a left-handed setup man: a glaring weakness in ‘20 for the Fightins due to injuries.

In today’s market, many organizations are off-kilter with spending due to 2021’s financial uncertainty. Presently, a delayed-and-shortened ‘21 is a strong possibility from ownership’s point of view, but players will contest anything less than a full 162.

Headed toward the CBT (competitive-balance threshold) of $210 million, the Phillies are now at $151.6 million. So, they have $58.4 million remaining before triggering the first penalty level and $53.4 million if they limit CBT payroll to $205 million.

* He wants to set the income mark for catchers but hasn’t recently stated an asking price.

Most clubs won’t wait for pricey stars. To illustrate, the red pinstripes acquired Andrew McCutchen and Jean Segura before signing Bryce Harper during spring training. But Realmuto is apparently the exception because they know he will hold out and probably give them last look before signing elsewhere.

With teams changing directions, the All-Star receiver’s options could lead to a deal for $20-23 million AAV (average annual value), but an agent could be using the Toronto Blue Jays to raise the price. If not, Realmuto’s cost with Jackie Bradley Jr. adding $8 million AAV could total $31 million AAV.

Worth noting, the Chicago Cubs dumped the salary of Yu Darvish after non-tendering Kyle Schwarber, and they have five possible free agents for 2021-22 now earning $68.75 million. Yes, Anthony Rizzo, Craig Kimbrel, Kris Bryant, Javier Baez and Zack Davies may be in their final 162 as Cubbies. Out of the Bradley hunt?

The Phillies have three relievers besides Alvarado: Hector Neris, long man David Hale, and Vince Velasquez if they pick up a rotation piece. Ergo, they will need four hurlers or five if a delayed season leads to a 28-man roster again. Translation: three will be in-house candidates along with two free agents.

Ranger Suarez and Jojo Romero are possibilities, as are right-handers Connor Brogdon and Victor Arano. But is winning a slot possible for Suarez, a COVID-19 victim, and/or Arano with a velocity drop due to no adrenaline rush without spectators? In fact, Arano was not the only MLB hurler to suffer that fate.

Many are unhappy with Neris, but he was Joe Girardi’s best option according to the skipper himself. Ergo, you’ll be disagreeing with him, and Neris will be less bothersome with other capable relievers on the squad. But even Dombrowski isn’t a miracle worker, no?

If camp begins in April, it could unfortunately extend signings into February due to vaccinations of the most vulnerable among us first. Yes, professional sports franchises are loath to go to the front of the line. As for timing, the last 2-3 weeks before spring training will be bargain time for many MLB organizations.

An important takeaway from Dombrowski’s presser was his positive assessment of Aaron Nola, Zack Wheeler and Zach Eflin. Worth considering, those three and a mid-rotation arm will allow him to carry Spencer Howard backed by long man Hale. So, signing some cost-efficient players will give the Phils a shot at the playoffs.

Alvarado has excellent odds of bouncing back from his physical difficulties. So far, though, Dombrowski has performed some magic while projecting more, but what does his first trade promise for the Fightins? Better days ahead! 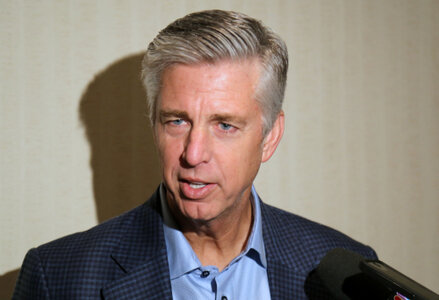