For many Philadelphia Phillies faithful, they are entertainment, when they are triumphant. But the concept of major league baseball being a business is virtually irrelevant and a nuisance at best to some. Realistically, this squad lacks perfection, especially when you compare them to a rival’s magical season.

Believing the Phillies can just acquire hitters and pitchers to produce a championship hasn’t worked in the past. To illustrate, the 1979 Fightins had signed Pete Rose, but they finished fourth after other franchises had claimed they had bought the World Series. In 1980, writers predicted they’d be an also-ran again.

“Success isn’t something that just happens – success is learned, success is practiced, and then it is shared.” – Sparky Anderson

I write because it forces me to research the Phils, and I don’t want the light at the tunnel’s end to be a speeding train. Basically, I don’t like the darkness of not understanding unmade moves casting a shadow over an entire 162. I, now, have realistic expectations and can follow along.

Because of having business management and sales experience, I can understand the decisions the higher-ups have made, are completing, or would have interest in. And retirement allows me the time and financial security to have no deadlines and a comfortable approach in my search for answers.

In any sport, there are foul lines and rules, aka reality. It’s like a medicinal dose you swallow to get it over with. Because sports, music, movies and television are escapes from the daily grind even without a pandemic, many accept the hope they agree with only to be angry at the team. They believed the scribe.

However, the author of the articles they prefer merely looks at each clubs’ roster shortcomings. His analysis: The red pinstripes should be in on one star shortstop, third baseman Kris Bryant, and a big bat like Nick Castellanos. And most organizations can afford one of these players, not all of them.

To paraphrase one site I applied to eons ago, you’ll be wrong but just forget it. They write their next piece with only the knowledge of what franchises have the same needs. Moreover, most don’t even go deep enough to see their recommended signing would block a homegrown stud who’s three months away.

A team’s finances don’t figure in their equation, and some even deliberately tell their readers what they want to hear and avoid irate comments. As the campaign unfolds, the writer has forgotten his past articles, but readers haven’t. Now, they turn their anger toward the club and those who disagree.

In a normal summer, injuries can determine the outcome of a division or a playoff series. To expect otherwise ignores reality –that word again– but things won’t be like 2021 going from 60 to 162 games. So, there should be a significant decrease in soft-tissue injuries.

Preparation, though, with a new COVD-19 variant around the corner will affect overall performance. To illustrate, runners stopping their five-mile a day for the winter won’t immediately take on five miles in their first new-year opportunity. A world of hurt, no?

A coronavirus spread can take out many players including stars. Because it’s an outdoor event and months away, the majors may have advantages of time with limited spectators: this could be a factor.

Plans formulated in October will change if a competitor overpays for a coveted star, and no one wants to hear how a matching offer would affect the team’s ability to plug other holes. No, the execs receive blame for mistakes, real or perceived.

Strategy changes with the market, and this offseason the CBA (collective bargaining agreement) has forced some organizations and players to complete deadline deals. In so doing, some clubs overpaid, but the Phillies, New York Yankees, Los Angeles Dodgers and Boston Red Sox took the cautious approach.

Keeping the company of the Dodgers, Yanks and Red Sox, Dave Dombrowski, POB (president of baseball operations, conducted business like other experienced front offices. Yeah, I noticed a small, significant detail to measure our decision-makers with other respected franchises: This is also a reality some will ignore.

The biggest limit for most teams is financial due to virus-affected revenue. Moreover, rules many locals are unaware of usually produce head-scratching responses. And some involve service-related time down to the hour, which is impossible to determine without access to internal documents.

Penalty-wise, the Yankees paid over $600 million for only a 2009 victory. And the Dodgers have opened their vault multiple times and traded their top pitching and catching prospects to defend their 2020 title. So, only the New York Mets are exceeding the CBT (competitive-balance threshold) by almost $60 million.

While the Metropolitans’ spending is creating the image of unlimited expenditures for ‘22, the reality –that word again– is only the Dodgers at $32.65 million and the San Diego Padres at $1.29 million are paying these Luxury Taxes for ‘21. Where are the big-market organizations with unlimited spending?

With all the big contracts handed out before Dec. 1, some believe only the Phillies made another mistake. But the Bronx Bombers, Dodgers and Red Sox are also waiting for the new CBA. Ultimately, being angry, feeling depression, or giving up is your choice, not mine.

To sum up, interesting articles will give you five reasons Carlos Correa will be wearing red pinstripes, but I’ll give you two why he won’t. And, realistically, I write to know what the Fightins are really doing. However, all readers have a choice between two opposites, and they are? Fleeting hope or reality. 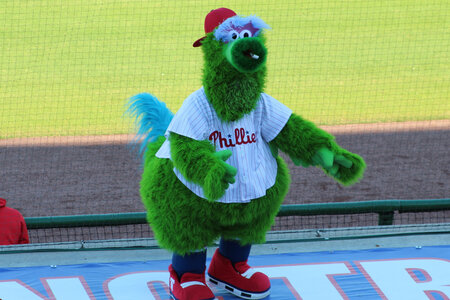