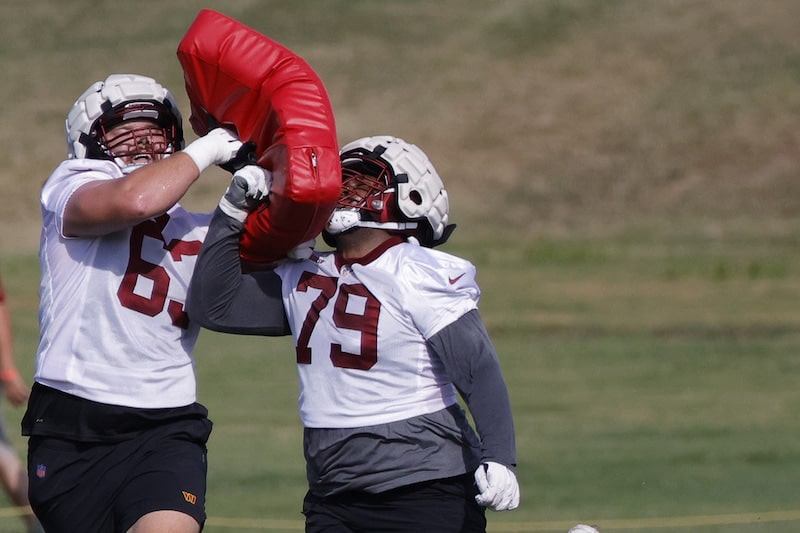 The Eagles remain undefeated following their win over the division-leading Jaguars Sunday.

The game came with some injuries, however, and two of the most notable injuries were to staring offensive linemen Jordan Mailata and Isaac Seumalo. While no official announcement has been made on either, it is likely at least one of them is set to miss some time as the team is bringing in reinforcements on the line.

The Philadelphia Inquirer’s Josh Tolentino reports that Tyrese Robinson will sign with the team’s practice squad.

With Britain Covey having been signed to the 53-man roster, the Eagles have a spot available for him.

Robinson is a player who is familiar to Jalen Hurts as the two overlapped in his season at Oklahoma. While Hurts was at Oklahoma, Robinson was his starter at right guard for most of the season (with the other starts coming at right tackle).

He is a player who has versatility, but he did not play on the left side of the line in college.

Robinson went undrafted in the 2022 Draft after scouts were concerned with issues regarding his balance and speed not pairing well with weaker fundamentals. At 318 pounds, however, he fits the large project players that the Eagles have looked at in recent years, including Jarrid Williams (also on the practice squad), Kayode Awosika and players like Josh Sills and Sua Opeta who have found their places on the 53-man roster.

The Eagles have lost some depth on the offensive line over the course of the season just because they have not had the roster spots for them on the 53-man roster: Jack Anderson was claimed off waivers after 53-man rosters were first set around the league, Kayode Awosika was poached off the practice squad by the Lions in mid-September and Le’Raven Clark was signed off the practice squad by the Titans just last week.

Robinson spent some time with the Washington Commanders this preseason. He was cut by Washington on August 8, the same day the team signed Nate Gerry.